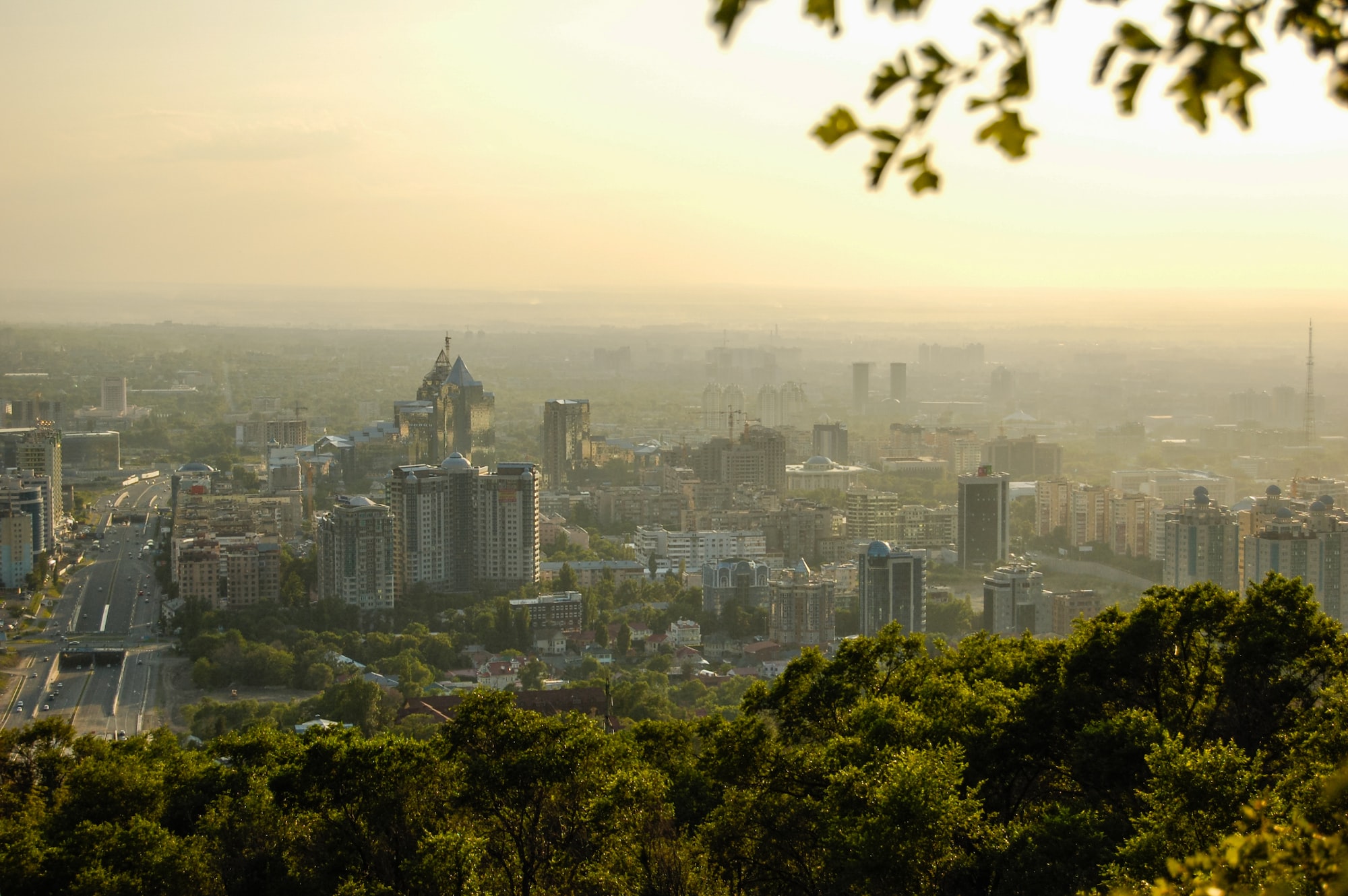 What does China want in Kazakhstan?

In January 2022, the explosion of violent protests in Almaty briefly turned the world’s attention to Kazakhstan, marking a rare spotlight on a country that, despite its large size, often goes unmentioned in Western media. Sandwiched between China and Russia, Kazakhstan is often overlooked, though that could change in the coming years. Since gaining independence in 1991, Kazakhstan has developed its domestic economy and international profile. Its working relationships with the world’s three most powerful states and major oil reserves ensure that it will continue to be a battleground of influence in the eyes of Beijing, Washington, and Moscow.

Although Russian is a commonly spoken language in Kazakhstan, and the Kremlin still exercises a large amount of influence on the country, China’s growing ties with Kazakhstan present a change to the power dynamic of Central Asia. Indeed, Kazakhstan geographically serves as China’s link to the Caspian Sea and, beyond that, to Europe. Thus, China’s eagerness to invest in Kazakhstan and promote its Belt and Road Initiative (BRI) pose questions about the future path of the Central Asian giant: to what extent will Chinese development in the country benefit its citizens? The rise in trade between the two countries has corresponded to an increase in political ties, which may have major implications for the Kazakh polity, and in competing power aims in the area. To further understand the issue, it is important to consider the economic foundations of the Sino-Kazakh relationship and its resulting impacts on Kazakh society, and on its political establishment.

The Belt Buckle: Kazakhstan, Gas and the BRI

In the latter half of the 20th century, Kazakh-Chinese economic ties were nonexistent, largely due to the strained relationship between the Soviet Union and the People’s Republic of China. After the dissolution of the Soviet Union, China and the new nation of Kazakhstan quickly cemented ties. The former president of Kazakhstan, Nursultan Nazarbayev, saw Beijing as a key ally in his efforts to modernize the Kazakh economy, and as a potential counterbalance to Russia’s heavy influence on Kazakhstan’s foreign and domestic policy. Early talks with former presidents of China, including Jiang Zemin and Hu Jintao, opened the door to a stronger relationship. The leaders resolved longstanding border issues and established a strong partnership to combat terrorism. With security issues mostly resolved, Beijing could kick investment in Kazakhstan’s economy into a higher gear.

The focal point of bilateral trade ties between the two countries is energy. Since 1979, China has averaged a 9.5 percent annual GDP growth rate, fueled and sustained by high energy demand. Beijing’s first foray into the Kazakh energy sector was in 1997. The China National Petroleum Company made a major investment in the Kazakh AktobeMunaiGas Joint-Stock Company. Beijing has since increased its investment in Kazakh gas drastically. From January to November 2021, China imported four trillion tons of natural gas from Kazakhstan. Although that amount falls far short of China’s energy imports from Russia and the Middle East, it demonstrates the scale of China’s commitment to diversifying trade ties with neighboring countries. Indeed, Kazakhstan’s oil fields are seen as a strategic balancer by officials from the Chinese Communist Party (CCP), who hope to reduce the Middle Kingdom’s reliance on maritime imports of energy through the Malacca Strait. Some scholars believe that Beijing views Kazakh oil that crosses into China over a land border as “secure oil.” In light of these national security concerns and continued economic growth, China’s investment in Kazakhstan’s energy sector can be expected to increase in the coming years.

Large-scale Chinese investment in Kazakhstan’s natural resources over the past decade has been accompanied by major Chinese efforts in the spheres of logistics and trade, mainly under its flagship Belt and Road Initiative (BRI). While most literature has focused on the implications of BRI elsewhere in Asia and Europe, it is worth noting the significant influence the project has and will continue to have in Kazakhstan. After all, Chinese president Xi Jinping announced BRI at a 2013 conference in Nur-Sultan. Since then, train lines linking Chinese industrial hubs to European cities have emerged across Kazakhstan. The South China Morning Post (SCMP) proclaimed the railway crossing at the China-Kazakhstan border the “world’s biggest dryport.” From that transfer hub, called Khorgos, the freight trains run north through Russia to the cities of Western Europe, hungry for cheaper Chinese goods.

Similar in scope but smaller in scale, Kazakhstan launched a program of economic development of its own, called Nurly Zhol (Bright Path), in 2014. In many ways, this homegrown economic development plan demonstrates the effect that the rise of China has had on its neighbors. It includes a paramount focus on infrastructure. The Nurly Zhol project has aimed to capitalize on Kazakhstan’s strategic geography through renewed investment in transport infrastructure. Given Kazakhstan’s historical role as a lynchpin of the Silk Road, both Kazakh and Chinese leaders seem to be angling to position Kazakhstan to reap the benefits of increased trade through the Eurasian landmass. However, with instability plaguing the Middle East and heavy sanctions targeting Russia, it remains to be seen how trade volumes will change in the coming years. The Kazakh government reports progress and reconstruction of road networks between Western China and Europe. According to official Kazakh media, road networks linking Western China with Europe have seen reconstruction and improvement under the scope of the Nurly Zhol initiative. Harvard Professor Nargis Kassenova wrote that the two projects became linked in 2015 after agreements were made between Xi and Nazarbayev. Indeed, the Nurly Zhol development program not only includes cooperation on China-Kazakhstan bilateral projects but is also inspired by the infrastructure-centric development model so synonymous with China’s economic rise.

Unrest on the Steppe

Such large-scale investment, as well as the power imbalance between Kazakhstan and China, has generated an outcry in Kazakh society. In September 2020, protests broke out after the Chinese ambassador to Kazakhstan said that China and Kazakhstan will work together to prevent color revolutions. “Color revolutions” is part of the vocabulary used by authoritarian powers to discredit what they see as popular uprisings encouraged by the West. Many people in Kazakhstan saw the language as a cover for a brazen power play in which Beijing looked to displace Western influence in the region. Protesters asked about Chinese economic influence, “If they [the Chinese] take our work, how will we survive?” [Если они отберут нашу работу, как мы будем выживать?].

One major result of decades of limited cross-border interaction during the reign of the Soviet Union was that there were few opportunities—until recently—for cultural connections, and thus stereotypes and prejudice were given room to fester. Many of the industries that Chinese investors and citizens are also involved in can have negative externalities. Besides gas, many Chinese people in Kazakhstan are engaged in crypto mining. Although a lucrative profession, the energy demand has the potential to surpass Kazakh capacity, limiting power supply to other sectors. Questions remain about how increased oil production and crypto mining might affect the environmental health of Kazakhstan. As one article from the Kazakhstan government-backed Center for Chinese Center puts it, there has been a marked increase in “sinophobia,” or anti-Chinese sentiment, over the past half-decade. That direct government response might be indicative of rising public suspicions that are paralleling the rise in Chinese investment in Kazakhstan, and Beijing’s increasingly fraught relationship with Western democracies.

Although discontent with backroom dealings with Chinese investors and government officials has caused some protests, the reaction has generally been muted. Kazakh citizens—not unlike those in South America and Africa— are wary of large foreign investors bringing their own workers and failing to pay locals. In this sense, protests thus far have not been anti-Beijing as much as a reaction against corrupt business practices. Still, Nazarbayev’s policy of balancing Chinese and Russian relations seems to have paid dividends for the Kazakh economy and societal development in some respects, given the increasing Chinese investment in Kazakhstan and the fostering of good relations with Russia.

Crossing the Tien Shan: Implications of China-Kazakhstan ties for Russia

With China projecting more of its might in Central Asia, Russia, as the traditional power in the region, seems to be put in an awkward position. Yet one Russian analyst summarized the relationship as, “Both regional powers wish to see a stable Kazakhstan, and they play different roles: Moscow works with Kazakhstan on security and political questions, while China generally plays a financial and economic role. [Обе региональные державы желают видеть соседнюю республику стабильной, да и играют они на разных полях: Москва сотрудничает с Казахстаном в сфере обеспечения безопасности и выработки общих политических курсов, Пекин сосредоточен на финансах и инвестициях].”  The growth of nationalism in Kazakhstan coupled with a more assertive Russian foreign policy over the last decade both serve to introduce tensions into the Russian-Kazakhstan relationship; however, in the context of Russian-Chinese relations riding at an all-time high, increased Chinese-Kazakh relations may not alter the political and military climate in Kazahkstan as much as one might think. As the recent introduction of Russian troops to Almaty to quell protests demonstrates, Russia’s cultural and security influence remains paramount.

China’s interests in Kazakhstan are myriad. The growth of the Chinese economy and the desire of its leaders to spread influence and wealth in nearby nations has had profound effects on Kazakhstan. China has proven to be a reliable consumer of Kazakhstan’s natural gas exports. The pipelines linking the gas fields in Western Kazakhstan to the border between the two nations bear testament to this fact. Additionally, China and Kazakhstan have jointly updated infrastructure in Kazakhstan and at the border crossings to better facilitate the shipment of goods from East to West.

Despite the protests that have erupted over the past several years due to shady business dealings with Chinese investors and rumors about a Chinese land grab, only minor protests have erupted. More will be understood about the ability of China’s capital to cause a real economic change in its Central Asian neighbors as the scale of Chinese investments begins to unfold over the next several years. As Kazakhstan’s natural resources and political history have drawn in other political powers such as Russia, the effect of Chinese investment on Kazakhstan’s politics and society might be less than worried observers may fear. 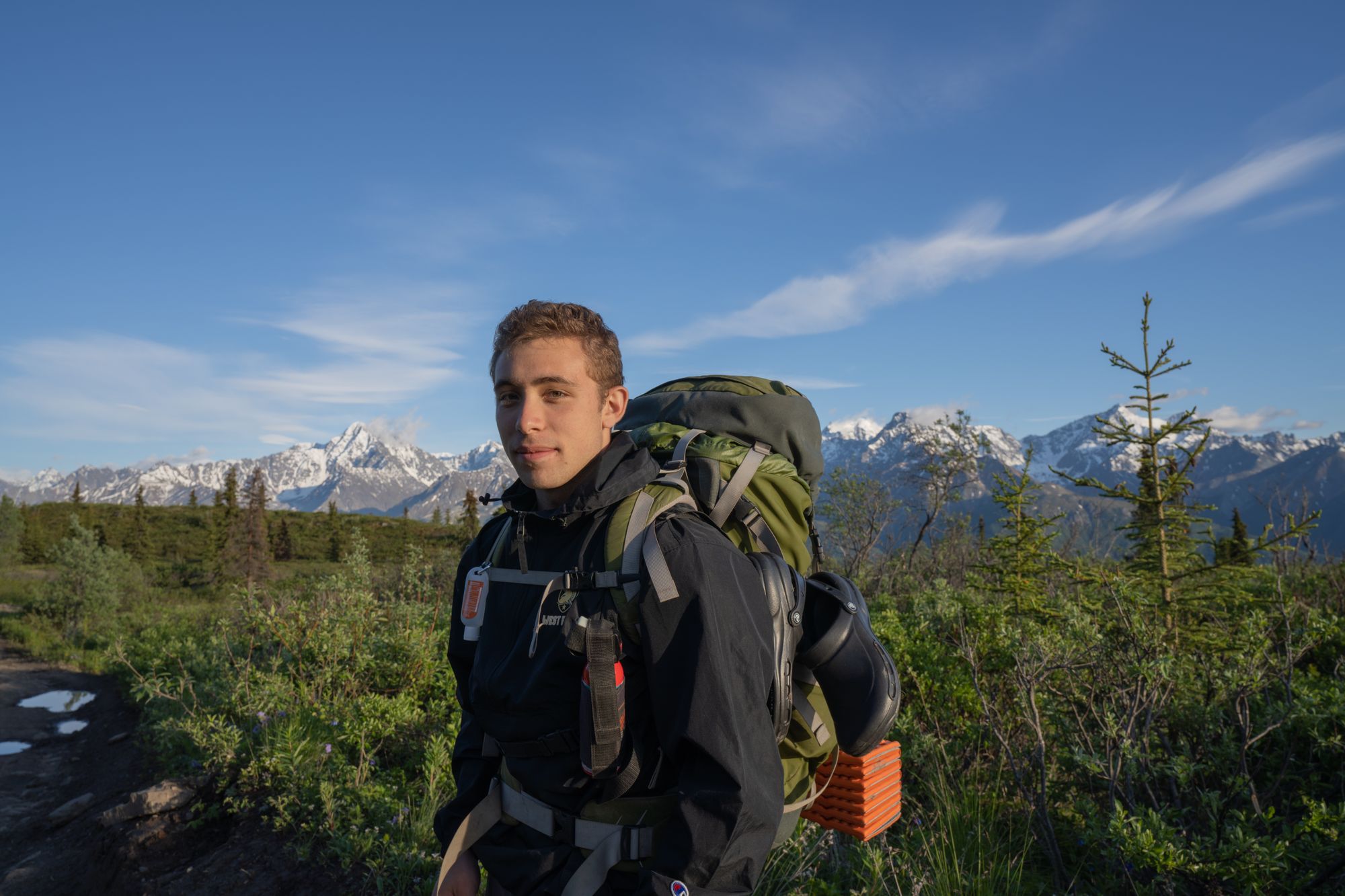 A Government concentrator from Rhode Island, Eytan writes mainly on East Asia and the Former Soviet Space. He spends his free time running, hiking, and skiing.