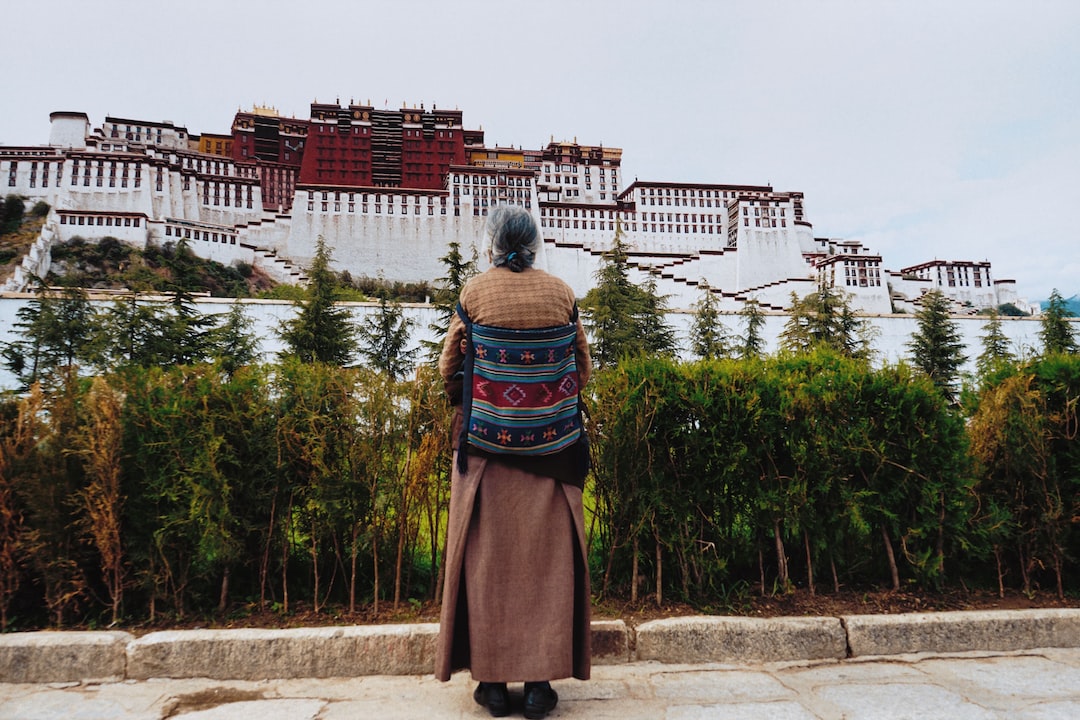 Long Sho ("Rise Up"): A Reflection on 61 Years of Chinese Rule in Tibet

For many, March 10 is just another Tuesday, a day to wake up, go to work or school, and continue into some type of normalcy. However, for the six million Tibetans spread around the world it is a day for pride, mournfulness, and remembrance. Beginning on March 10, 1959, 10,000 to 15,000 Tibetans were slaughtered in three days in Lhasa, the capital of Tibet. For Tibetans outside Tibet, March 10 is National Uprising Day, a day to remind the world of the brutality and injustice they had faced and are still under. In Lhasa, however, Tibetans only look up at the Chinese flag waving in front of the Potala Palace and continue walking.

Today, the media continues to report on human rights violations and demands justice in Tibet, currently known as the Tibetan Autonomous Region, to no political effect. Before the Chinese Communist party asserted control over Tibet in 1950, the region of six million people had a distinct government, legal system, culture, language, and religion. However, the Tibet of 2020 differs greatly from the Tibet of 1950.

Prior to the rule of the 13th Dalai Lama from 1878 to 1933, the political affairs of Tibet did not feature on the world stage. In January 1913, Tibet and Mongolia signed a bilateral treaty at Urga. In that treaty, both countries declared themselves free and separate from China. However, the 13th Dalai Lama pursued international relations and introduced passports, currency, and modern postal and telegraph services, among other modernizing reforms.

Next, the 14th Dalai Lama ruled in the Tibetan capital Lhasa as both a spiritual and political leader until 1950. The system before was theocratic government based on Tibetan Buddhism. Although a theocracy, most citizens lived peacefully in the three main regions of U-Tsang, Amdo, and Kham. The most common lifestyles included working as farmers or nomads, living as monks or nuns, or providing more specialized services in cities where the wealthier aristocratic families lived.

However, whatever plans the Dalai Lama had for modernization were halted in 1949 by Mao Zedong, the founder of the Chinese Communist Party. Claiming to liberate it from its “dictatorial” and “feudal” lifestyle, Mao directed the People’s Liberation Army to invade Tibet. Following the occupation, political and cultural ways of life have been slowly replaced through colonization. The former government of Tibet is now located in Dharamsala, India. In 2011, the Dalai Lama made the announcement that he would renounce his political power and transition the Tibetan democratic government to be led by an elected official. Today, the government is recognized as the Central Tibetan Administration (CTA) and led by the current Sikyong (Prime Minister) Lobsang Sangay, a graduate of Harvard Law School. No official account of how many Tibetans live in exile exists, but according to a survey published in 2010, there were approximately 120,000 Tibetans living in India, Bhutan, and Nepal. However, the CTA believes this number underestimates the true number Tibetans, as it fails to account for those living in the West.

In 1951, a Tibetan delegation went to Beijing for peace talks that resulted in the forced signing of the so-called "17 Point Agreement for the Peaceful Liberation of Tibet," which gave China control over the Tibetan region. Although this delegation did not have the authorization, approval, or real power to legitimize this agreement, the damage had already been done: the treatise produced the Tibetan occupation that has resulted in an approximate of more than 1.2 million deaths and the Dalai Lama’s fleeing to India.

Perhaps unsurprisingly, under Beijing's rule, Chinese analysts have claimed significant improvements in Tibet. Domestic outlets and politicians specifically say Tibetans have seen improvements in infrastructure, public services, and educational opportunity. Similarly, one report by China Daily asserted that in 2017, 130,000 Tibetans were raised out of poverty, painting an image of a prosperous Tibet. However, this economic development has had a tremendous cost.

Widespread repression is the most obvious cost. According to Freedom House, Tibet was ranked in 2016 as the second-worst country for political and civil rights, worse than Somalia and North Korea. Similarly, authorities in Tibet heavily restrict journalists, and require certain visas to allow entry. Even though the physical violence and active killings of Tibetans have decreased significantly since the 1990s, the threat to Tibetan livelihood remains present in other respects. Despite the 17-point agreement and other legal documents stating Tibetans will gain autonomy over their own affairs and have equal rights to preserve their culture, broken promises are par for the course.

Within the last 50 years, officials have installed education, work, and prison camps, similar to the ones being seen today against the Uighur population. Likewise, the destruction of culture and language are among the greatest challenges for Tibetans. Since 1950, over 6,000 ancient Tibetan Buddhist monasteries and texts have been destroyed. Anybody opposing such destruction is often imprisoned for life or tortured.

Moreover, religious and social activities by Tibetans are heavily monitored. The power of the Chinese government has gone so far as to ban images of the Dalai Lama, a symbol of hope and peace for the Tibetan people. Similarly, the number of education camps and Chinese language and value-focused schools are diminishing Tibetan language and culture. Reality belies the language of the Chinese constitution, which states that Tibetans and other minorities are allowed to teach and preserve their own cultures freely. As it stands, though, Tibetans marginalized economically, socially, politically, and educationally–in their own homeland.

Tashi Wangchuk, a Tibetan businessman, noticed the lack of teaching Tibetan language and culture in the schools of his town. Concerned about his culture disappearing, Mr. Wangchuk was followed by the New York Times as he went to Beijing to file a lawsuit simply demanding improvements for the rights of ethnic minorities that are promised under Chinese law. At the end of the journey and the publishing of Mr. Wangchuk’s story, he was arrested and sentenced to five years in prison. His story, although saddening, is not uncommon; it represents one of the many steps the Chinese government has taken toward a cultural genocide of Tibet.

Despite the human rights violations, Tibetans may care more about the environmental harm caused by CCP rule in Tibet. Large amounts of industrialization and urbanization have had overwhelmingly negative natural consequences. Mining, deforestation, and pollution have polluted what some have called the “Rooftop of the World.” Tibet has long been a hidden gem, in no small part because of its alcove of natural riches–minerals like lithium, oil, and natural gas reserves. However, with rapid urbanization, population transfers, damming of rivers for hydroelectric plants, and unchecked mining in mountains, results have been bleak. Instead of benefiting the people who live on the land, nearly all profit goes to the CCP.

Similarly, development and population dependency are shrinking the amount of available clean water. More than 20 percent of the world’s population relies on the eight percent of clean water accessible from the Tibetan Plateau. Though less consequential than as water issues, mining and deforestation have hurt the nomadic lifestyle by forcing nomads to relocate to cities or poorly created towns so that mining companies can have free access to rich grasslands. Tourism, too, has caused the development of commercial businesses and construction on natural sites, such as Lake Kokonor. Litter and pollution are destroying Tibet's one-of-a-kind vistas.

Over time, the freedom of Tibet movement has faded, even with the 14th Dalai Lama pushing for the nonviolent Middle Way Approach. However, the majority of Tibetans still believe in their independence: we know of at least 156 self-immolations in support of autonomy since 2009. From a legal standpoint, Tibet might fairly be called an independent state under illegal occupation. To this day, it could be argued that Tibet has not officially lost its statehood. The debate rages on. However, after China’s economic and militaristic development, the international criticism has slowly been muted.

Recently, news about China's human rights violations has been under the spotlight again. Only now, the stories involve different groups. Consider the Uighurs relocated to detention camps. Or the violent protests in Hong Kong, whose citizens are still protesting for democracy after the promise of one nation-two systems was repeatedly broken. These acts should not surprise the global community, as this is not the first time that the Chinese government has acted in this way. Tibet has been the prototype and model of success in testing the morality of the international community. Through Tibet, Falun Gong, the Uighurs, and now Hong Kong, the systemic pattern speaks for itself.

Choetsow Tenzin is a second-year pursuing social studies with a secondary in education. She is a passionate human rights advocate attempting to share the voices of those that often go unheard.