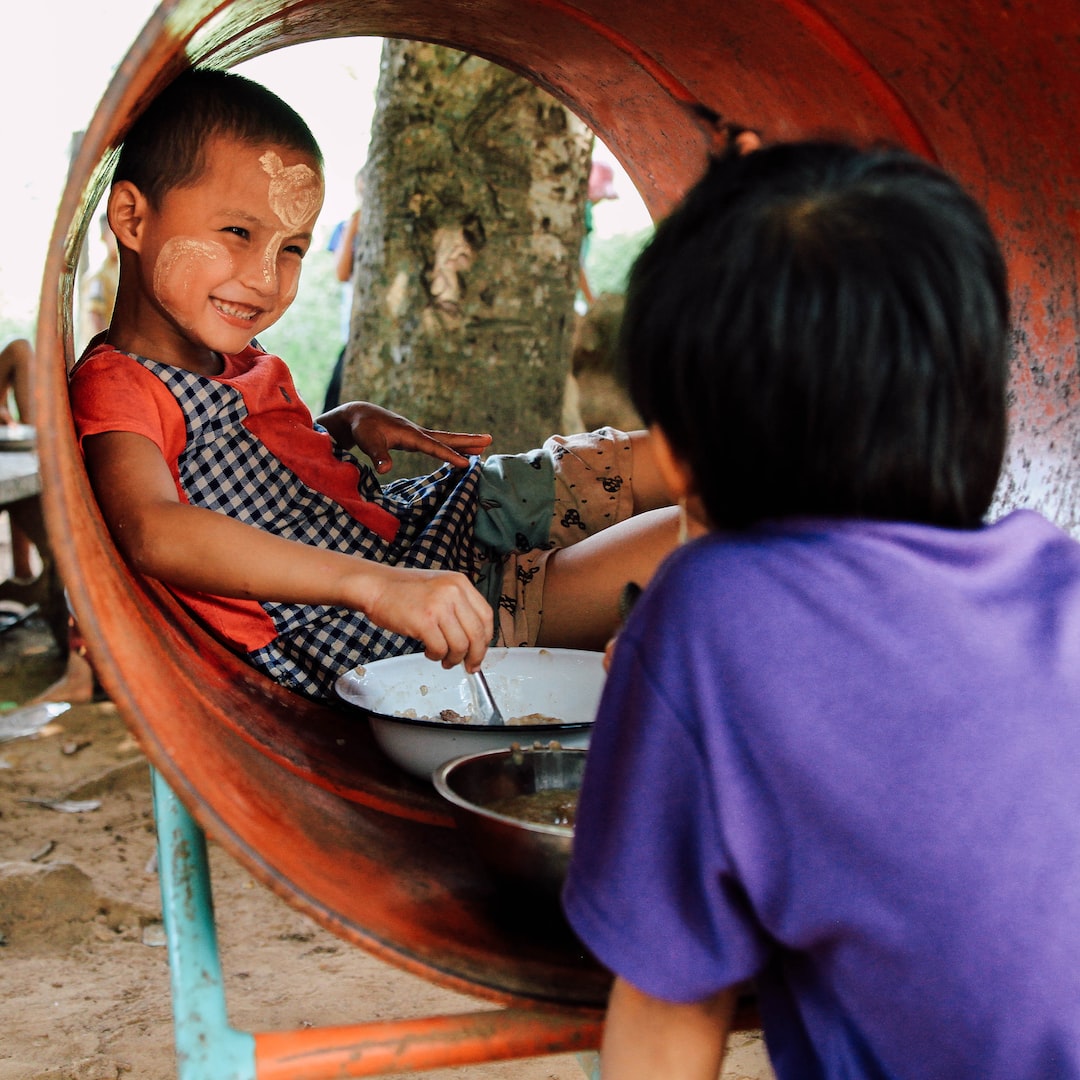 Each year, 15 million girls are forced to cut their childhoods short and get married. Child marriage is a formal or informal union in which one or both parties are under the age of 18. It is highly correlated with poverty, lack of education, and conflict. The consequences of these marriages are alarming—increased infant and maternal mortality, domestic violence, and reduced education and employment for the girls. In recent years, there has been a surge in child marriages among refugees, most notably in the Syrian refugee population. For these individuals and families, living in refugee camps for years on end, child marriage is a simple solution to the economic and social challenges they face. But it leads to a recurring cycle of poverty, lack of education, and the denial of the rights of children.

There are more than five million Syrian refugees, with Turkey, Jordan, and Lebanon being the most popular destinations. Of these, 2.6 million are children. Child marriage was prevalent in Syria even before the refugee crisis began—13 percent of girls under 18 were married in Syria in 2011. The numbers, however, have been rising at an alarming rate. The percentage of child brides in Syrian marriages in Jordan spiked from 15 percent in 2014 to 36 percent in 2018, and it is estimated that 41 percent of Syrian girls in Lebanon were married before the age of 18. With no end to the conflict in sight, these children face malnutrition, trauma, sexual violence, and child labor, among other challenges that no individual should have to experience. Child marriage seems a lesser evil if it helps to secure food or protect them from camp violence.

Culture as a Driving Factor

Cultural factors play a role in the widespread relevance of child marriage. Among these is protecting family honor, which involves ensuring virginity before marriage by preventing premarital sex. In refugee camps, however, preventing premarital sex is not as much of a choice because of the extremely high frequency and fear of sexual violence and rape. Thus, it becomes necessary to get girls married before such incidents prevent them from being married at all. This disregards, of course, the violence that goes on within the household after such a union. A report by the UN High Commissioner on Refugees (UNHCR) found that, although domestic violence was a concern, it was less salient. One fourteen-year-old Syrian girl, who was married to a thirty-year-old man, said, “I’d rather be violated by one man than by every man in town.” Another factor is the importance of sutra—a practice, rooted in Islam, of securing protection from hardship—which was cited by many participants in a UNHCR study as a factor in child marriage. Marriage to an older man who can provide for the girl is perceived as a form of proactive sutra. Moreover, according to many regional interpretations of Islam, child marriage is viewed as desirable, leading to Syrian communities viewing their girls’ early marriage as a symbol of family honor.

Because of the unique situation of refugees, however, economic factors play a major role in making the decision to get their children married early. It is important to note that Syrian child marriage before the civil war mainly occurred in poor and rural settings. After the refugee crisis, economic security became a concern for all families. Refugees in camps have little to no employment, and often do not receive work permits. This makes them almost wholly dependent on aid from humanitarian organizations. Food rations often play into this equation, because the standard policy is to allot the same amount of food to each family, regardless of the actual size of the family. For example, a leading cause of child marriage among the Rohingya population is that rations are based on family sizes of five, while families are often much larger. Child marriage means that the girl is now counted under the ration of the other family, giving her original family one fewer mouth to feed. Secondly, since there is a gendered division of labor, with females usually performing unpaid labor in the household and men being the breadwinners, females are often viewed as burdens and are married off. Poverty disempowers these women and renders them unable to make decisions, leaving their fates up to the male head of the family instead.

It becomes apparent that, to refugee families, child marriage is the lesser of two evils compared to their security and economic concerns. With an eye to the long-term effects of child marriage, however, this logic fails. Child marriage often leads to the loss of freedom of movement and work of the girl, the legitimizing of domestic and sexual violence, and the denial of access to education. Many of these issues are exacerbated by the perceived legal limbo in which many encamped Syrian refugees find themselves. Most of these marriages are unregistered, so law enforcement cannot crack down on them. This, of course, assumes that they have the capacity to do so in the first place, which is very rarely the case. Public officials, to deny their culpability, often deny that there is an issue in the first place. Ali al-Hojeiri, Mayor of Arsal, Lebanon, in a comment about sexual exploitation and violence against Syrian refugees, said, “Not a single Syrian woman has filed a complaint about this … We look after those girls as if they were our own daughters.”

After the Wedding Day

The impact of child marriage on the girls is alarming. There is a significant increase in domestic violence which causes significant injuries and, in some cases, death. A harrowing story by SB International of a refugee girl who was beaten for asking for chocolate shows the inhumanity of the domestic situations of many of these girls. This could lead to trauma and mental health issues among the them, which are of course not treated. Child marriage also leads to a removal of the bride from her friends and family, leading to social and emotional isolation. In addition to mental health issues, there are physical concerns, especially reproductive health concerns, as well. When married, young girls are expected to engage in sexual intercourse with their often-older husbands. Many of them, however, are at an age where their bodies are still in the process of maturing, which means they are not ready for sexual activity. UNHCR field staff have reported cases in which girls have died days after their marriage because they were unprepared for intercourse. Moreover, there is a high correlation of child marriage with maternal and infant mortality. This is because the girls’ bodies cannot support pregnancy and birth. A study by Boston University shows that a ten percent reduction in female child marriage could reduce a country’s maternal mortality rate by 70 percent.

A significant yet often overlooked factor is the importance of education, or the lack thereof. Over 40 percent of Syrian refugee children in Lebanon are not in school, which leads to child marriage being viewed as a way of securing a future. However, this perpetuates a cycle of dependence for women, since they fail to obtain the qualifications and skills that could allow them to enter the labor market and eventually be economically independent. Through securing this independence, education also gives girls a greater voice in the household. The World Bank estimates that each year of secondary school reduces the risk of child marriage by four to six percent.

The problems that arise from child marriage are not restricted to only the encamped. For those lucky refugees who are resettled in Europe, the law is silent on what should be done with child marriages, since they are illegal in European countries. Countries like Germany have explicitly refused to recognize child marriages, but it is unclear what the fate of child brides and their children will be, since family reunification laws do not apply to them, and the undocumented and illegal nature of their marriages may jeopardize their hard-earned legal status.

There is, however, hope. Education, for the girls themselves and for parents about the negative consequences of child marriage, could go a long way. There needs to be an effort on the part of humanitarian agencies like the UNHCR to increase access to education, especially since, if there are limited spots, parents are more likely to send their sons to school over their daughters. The first step towards a solution is recognizing that child marriage is a human rights issue. The Universal Declaration of Human Rights recognizes the right to free and full consent to a marriage, which is, more often than not, absent in child marriage. Refugee children are often referred to as the ‘lost generation,’ but every girl in that generation still has the right to a childhood and the possibility of a bright future. Combating child marriage is a first step towards correcting the skewed power dynamic between genders, and it must be accorded the highest priority to ensure that Syria’s youngest generation has the rights they are entitled to. 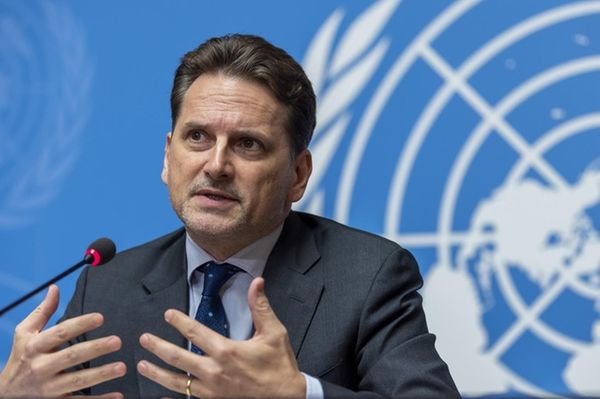