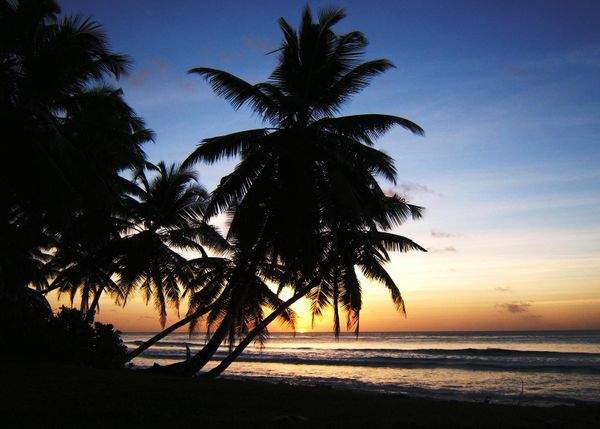 The Slow Wind of Change: The Chagos Islands and the Limits of International Law

More than 2,000 miles away from the coast of Africa, an international conflict has been brewing for decades, and it has reached a boiling point. On November 22, 2019, the United Kingdom missed a UN deadline to transfer control of the Chagos Archipelago, a group of seven atolls in the Indian Ocean, to Mauritius after a February decision by the International Court of Justice. The ongoing dispute over the islands’ sovereignty and the recent British stubbornness over the archipelago shows not only the limits of international law but also a continuation of traditional British unwillingness to decolonize.

The sovereignty dispute originated in 1965, when the Mauritian colonial government agreed to split off the Chagos Islands from its territory in the Lancaster House Agreement. Between 1967 and 1973, Great Britain expelled the Ilois people living there to Mauritius and the Seychelles in order to facilitate the construction of an American military base on the island of Diego Garcia, a move that has since elicited much domestic and international condemnation and left the Ilois in poverty.

Litigation over the Chagossians’ human rights has continued ever since then, but the 2016 British decision to reaffirm its position against resettlement prompted Mauritius to take its case to the ICJ. Ever since then, the United Kingdom has suffered a series of diplomatic and symbolic defeats in the United Nations as the case worked its way through the ICJ.

Mauritius based its claims under international law on General Assembly Resolution 1514, which threw the international community’s support behind decolonization: it proclaimed that “all peoples have the right to self-determination” and prohibited police actions or repressive measures aimed to continue colonial domination. Most germane to Mauritius' argument, it declared that “partial or total disruption of the … territorial integrity of a country” contravened the United Nations Charter. Based on this resolution, Mauritius argued that the separation of the Chagos Islands in 1965 from its territory contravened international law.

The United Kingdom’s response appeared to throw claims against the wall to see what would stick: it argued, at various points in its brief, that it should not be subject to suits that it did not agree to, that it lawfully completed decolonization in 1968 because Mauritius had consented to its bifurcation, that self-determination did not include the right to territorial integrity, and that the principle of self-determination was not legally binding in 1968.

In February 2019, the ICJ conclusively rejected each British claim. First, it concluded that self-determination did exist in international law in 1968, drawing upon the United Nations Charter and several other GA resolutions passed before 1960. It then concluded that Mauritius did not consent to its bifurcation because it was still under the control of the United Kingdom, therefore ruling that the United Kingdom did not fully complete its obligations to decolonize Mauritius.

On the other hand, the Chagos question also bolsters the realist argument that international law is ineffective. So far, the only consequence that the United Kingdom has suffered from its failure to meet the November 22 deadline is reputational, with the African Union and Mauritius both calling the United Kingdom an “illegal colonial occupier.” However, the United Kingdom seems determined to hold on to the islands despite the reputational costs, and since the deadline was nonbinding, it will not suffer any automatic sanctions or other legal penalties for failing to live up to it.

Indeed, international law does not mean much when the only penalties are reputational and dependent on the interests of the state subject to it, as the literature surrounding compliance with international law suggests. As this case demonstrates, reputational costs only work when a bad reputation actually has consequences. It seems unlikely that the Security Council would sanction the United Kingdom, for example, since it would veto any such measure, and any other sanctions would likely lack heft since the United States firmly supports the British. Likewise, any other resolution as the GA would be powerless, since the United Kingdom has demonstrated its willingness and ability to ignore GA resolutions on this subject.

As it stands, the aftermath from the Chagos case also bolsters the idea that states only comply with international law when it is in their interests to do so. When British interests and self-determination have collided in the past, British interests have always won out, and it is the same case in the Chagos: The British claim they still need the islands for defense and counterterrorism purposes, and will not give them up because it believes they are still useful to protect its own interests. Similarly, it will not comply with international law because it believes its interests in keeping the islands outweigh the reputational costs of doing so. Indeed, since the United Kingdom has American backing in this dispute due to the presence of the American base on Diego Garcia, it knows it will continue to be able to hold out against international pressure, especially since China has not taken a firm position and thus will not be able to penalize the United Kingdom in any way.

Beyond the implications for international law, the British refusal to give up the Chagos Archipelago is in line with its historical reluctance to decolonize and its rejection of self-determination. Although the Atlantic Charter promised self-determination, the British fiercely resisted attempts at colonial independence in Malaysia and Kenya, and the British only decolonized when they saw their interests lay in doing so, not out of any moral principle. Indeed, the British themselves pointed out that they had consistently opposed self-determination entering international law, probably to maintain their colonial possessions. The dispute over the Chagos Islands confirms the idea that the British believe in self-determination only when it suits their own interests. Looking into the future, it suggests that decolonization has largely slown to a crawl, and it seems that Great Britain is unlikely to grant independence or self-government to the remainder of its non-self-governing territories.

Amidst the Mauritian rhetoric surrounding self-determination, it also has not bothered to ask what the Chagossians thought about the legal status of the territory beyond claiming that the Chagos Islands once existed in the same political unit as Mauritius. Indeed, the ruling does not address practical questions like resettlement or the development of infrastructure on the islands, much less the internal political status of the Chagos Archipelago within Mauritius or political representation for the Chagossians.

The future is unclear, but Great Britain will likely continue to hang on to the islands despite the international pressure against it as long as it perceives doing so to be within its national interest. That may soon change, but until it does, the United Kingdom will be flouting international law and international opinion.