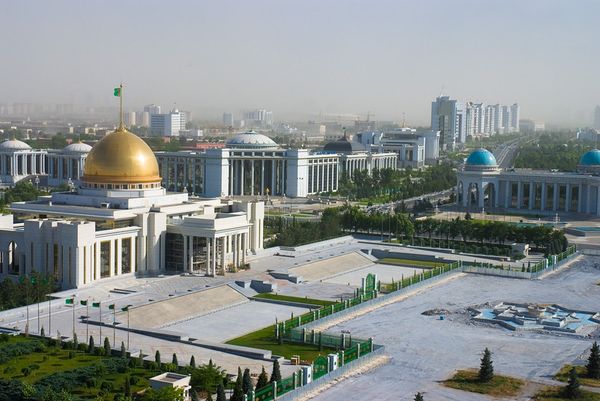 Among many other eccentricities and claims to fame, Ashgabat, the capital of Turkmenistan, holds the Guinness World Record as the city with the most marble-clad buildings per square kilometer in the world. Here’s another impressive record—according to Freedom House’s 2016 index, Turkmenistan also happens to rank last alongside North Korea, Sudan, and Syria in terms of its respect for human rights and basic freedoms. It also has a meager 19 of a 100 score in Transparency International’s corruption index with a president who owns and controls everything from hotels to restaurants and shops.

On October 4th, 2020, people in nearby Kyrgyzstan took to the streets to contest the outcome of that day’s Kyrgyz parliamentary election. Beginning a prolonged political crisis, the widespread protests questioned both the validity of their nation’s democratic processes, corruption, and concern for human rights, which seem to be common issues among all the young Central Asian republics. Given its vicinity, what risk does the possible exportation of the current Kyrgyz unrest pose to Turkmenistan, a nation just as, if not more, corrupt and deeply authoritarian in nature?

At face value, it is important to realize that the Turkmen political system stands out among its neighbors, especially troubled Kyrgyzstan. The state is dominated by an internal security apparatus and an all-encompassing political and propaganda machine, making it potentially more vulnerable to the influences of civil society. While not necessarily a “hermit kingdom” in the same vein as North Korea, Turkmenistan to this day maintains a ban on journalists, severely limits access to the internet, and only grants visas to visitors through strict, state-guided tours.

Turkmenistan is also unique with respect to its “cult of leadership.” During his fifteen-year-long reign from 1991 to 2006, Saparmurat Niyazov, the former Communist boss and first president of Turkmenistan following independence, reshaped his country in his own personal image: the months and weekdays were renamed to reference events in his life, and as a reflection of his artistic obsession with beauty and modernity, he covered any vestige of what had happened before his presidency under tons and tons of expensive Italian marble. The capital of Turkmenistan then was essentially built to stun visitors, an oasis in the endless Turkmen desert that seems to shout, “Look at what we have achieved!” The Ministry of Foreign Affairs is a towering marble building topped with a blue globe. The Ministry of Communications is shaped like a book, and the Faculty of Dentistry, funnily enough, is shaped like a giant tooth. But there’s one thing a visitor on their state-guided tour might not see: people. The enormous, eight-lane boulevards of Ashgabat are nearly empty, and the large grand squares remain deserted even in rush hour.

Travelling far beyond the wide boulevards of Ashgabat and into the rolling dunes of the Karakum Desert lies the real Turkmenistan. Following tracks and footsteps in the sand—not roads—the occasional traveller may stumble upon a collection of yurts and mud-brick houses. More than 60 percent of the Turkmen population lives like this: in isolated desert settlements and villages. Many still live the same nomadic lifestyle of their ancestors from hundreds of years ago, possibly even in the same place based on nomadic and seasonal rotations. The average farmer cares about feeding his animals, making bread, and providing for his family more than tuning into the Communication Ministry’s daily broadcast. To these farmers, the endless white marble buildings and dazzling new cars of Ashgabat is like another world. Journalist Erika Fatland discusses how the country outside of Ashgabat seems like something “out of the Middle Ages,” as if upon leaving the city one is immediately transported to “the other side of the world.”

It would seem then that  the Turkmen nomadic farmer does not fall asleep at night thinking about questions of modernity, power, and democracy. That’s not to say, however, that his lifestyle leads him to a state of ignorant bliss. Perhaps it is by design, influenced vis-a-vis the wishes and intentions of Niyazov’s successor, Gurbanguly Berdimuhamedov, and his strict security apparatus. Upon a closer examination of the country’s economy and the relationship between the government and the people, Turkmenistan reveals itself to be what it truly is today: a rentier state. Using the energy revenue from Turkmenistan’s rich natural gas reserves, Niyazov  placates his citizens’  loyalty through heavily subsidized goods. Petrol is extremely cheap (five cents per liter even in the late 2000s) in Turkmenistan, as are bread and other basic necessities. Domestic flights are as good as free, along with basic utilities.

Has this program of collective bribery succeeded in suppressing opposition to the point that the Kyrgyz unrest might have no impact on Turkmen political life? While it’s highly implausible that Berdimuhamedow has maintained a 99.5 percent approval rating as the state claims, the rank and file for the most part remain loyal. Even if a dissident movement were to exist in Turkmenistan, it has yet to show any signs  of impact. The overwhelming majority of the population is either too removed from political developments to notice or satisfactorily placated enough by subsidies to care, and those who are not convinced do not dare speak up. According to Fatland, many accept and respect the notion that they aren’t even allowed to think critically about the president. In this respect, Niyazov’s plan to placate civil society and avoid a potential threat to his rule has succeeded. As long as essential utilities like gas and bread remain cheap, Berdimuhamedov’s continuing obsession with modernity and power does not seem to conflict with his nomadic farmers’ daily concerns. But, that likely won’t be the case forever.

Today, the Turkmen model seems more fragile than ever before. Reduced natural gas revenue and high inflation threaten a shortage of basic goods and the collapse of the welfare state that upholds the Turkmen population. Although Turkmenistan is one of the most arid countries in the world, Berdimuhamedov has recently been investing heavily in new irrigation systems around Ashgabat. Could it be that he wants to use the irrigation to spur agricultural development? Of course not. The irrigation systems are designed to feed additional grandiose fountains throughout the city, whereby Ashgabat can hold onto its world record of having the most fountains per square meter in the world. From where has the money for this expensive endeavor come? To pay for such projects, Berdimuhamedov has been slashing funding for education and cutting pensions, just like his predecessor did in the late 1990s to build the marble city in the first place.

At what point, then, does everything add up? At what point does the pastoral, nomadic farmer, seemingly so disconnected from the political life of his nation, begin to question the institutions he has come to accept (or ignore)? Perhaps this process has already begun, at which point it is only a matter of time until we might witness the rise of civil society as a force to be reckoned with immediately beyond the walls of marble-clad Ashgabat. Safe to say, Turkmenistan may be a ticking time bomb, and the situation in neighboring Kyrgyzstan may either light the fuse or simply add more tonnage to the explosion that’s to come. 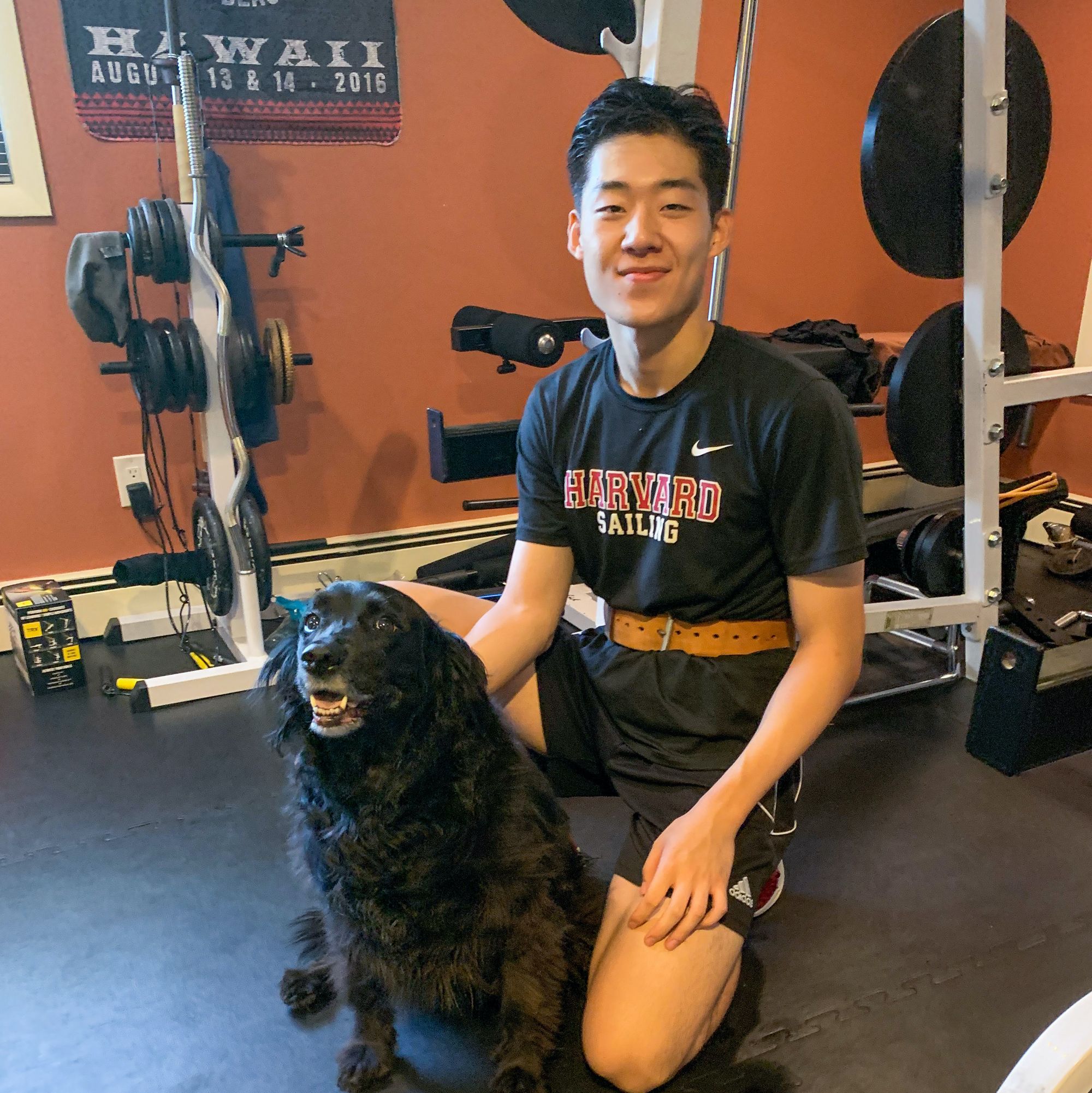 Alexander Lee is a staff writer for the HIR. Alexander is interested in Soviet history and post-Soviet geopolitics.