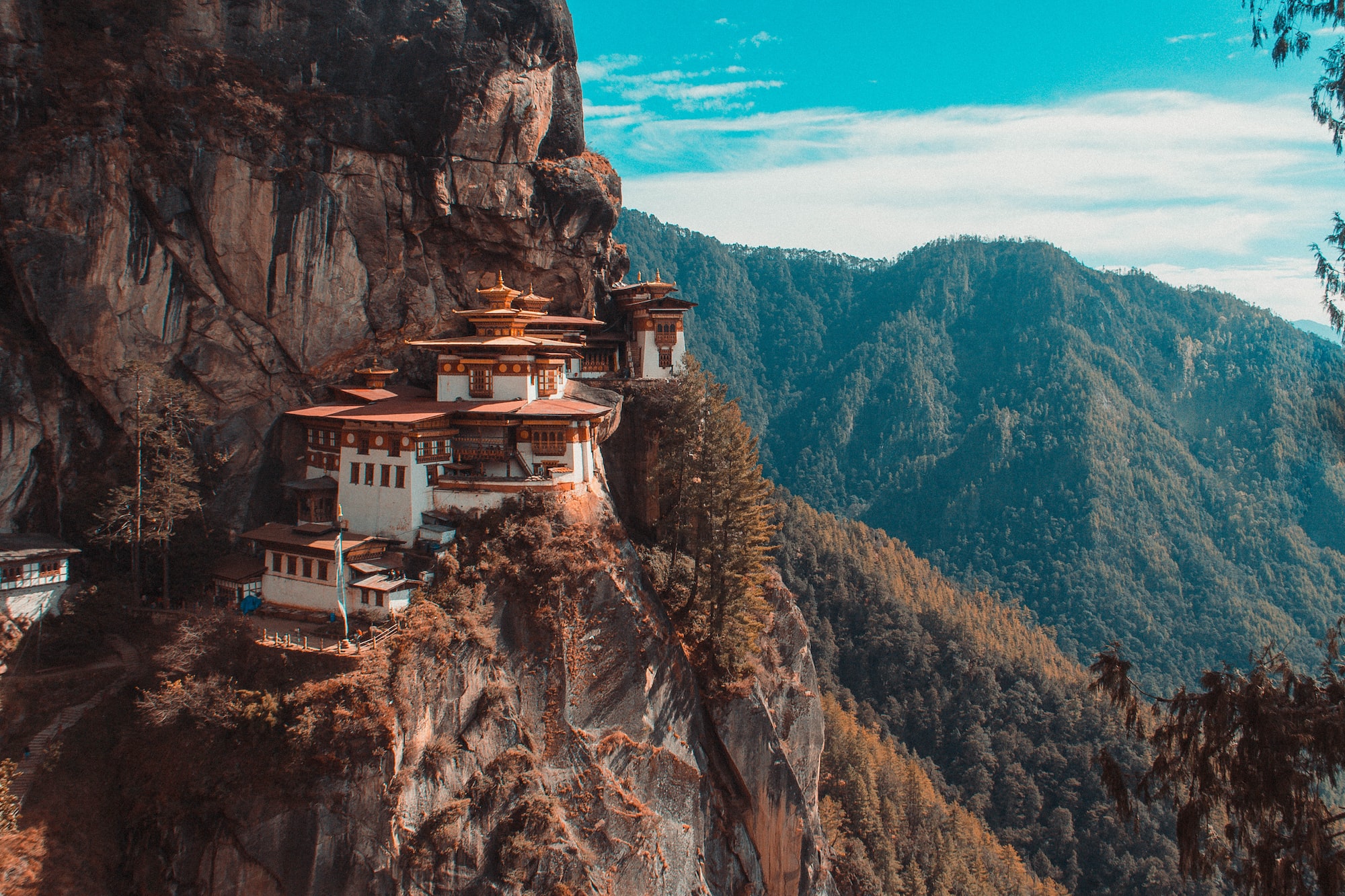 “Carbon Negative” — The First of Its Kind

As the world’s richest countries fail to meet emissions reductions targets year after year, the small kingdom of Bhutan, tucked away in the Himalayas with a population of less than one million people, became the first country to reach carbon neutrality. In fact, Bhutan is now actually carbon negative—a term coined by former Bhutanese Prime Minister Tshering Tobgay that refers to the fact that Bhutan currently offsets over four times as much carbon as its economy emits. Since 2009, Bhutan has prioritized environmental policy, providing a model for successful climate governance. However, as a country that is actively sinking carbon and yet poised to bear some of the worst impacts of climate change, Bhutan is a case study for the kinds of environmental justice dilemmas that will arise as the world faces the challenges of climate change.

Bhutan has achieved carbon negativity through its sequestration of carbon by its vast forests and its exportation of renewable energy abroad, meaning Bhutan’s actual emissions are completely outweighed by the carbon emissions it offsets. Forests cover about 75 percent of Bhutan’s land area, a status which the Bhutanese government intends to preserve; the country enshrined in its constitution a commitment to preserve 60 percent of its territory as forest land in perpetuity. This is key to Bhutan’s carbon neutrality, as its forests sequester about nine million tons of carbon annually, while its economy only generates about two million tons, according to 2020 figures. Not only is the kingdom a net sink for carbon, but it also offsets emissions further by exporting its vast production of hydroelectric energy, mainly to India.

Furthermore, Bhutan is dedicated to transitioning to a completely renewable energy grid and protecting the biodiversity of its ecosystem. Although much of Bhutan is powered by its hydroelectric energy, about 4,000 rural families lack access to the main power grid. To account for this, a key component of Bhutan’s five-year plans is the development of off-grid renewable energy projects, exemplary of Bhutan’s “leave no person behind” approach to climate adaptation. Beyond mitigating carbon emissions through sequestration and renewables, Bhutan is also committed to preserving biodiversity. For example, one of its most important projects, introduced in 1999, is that of its “biological corridors” that connect separate protected areas of land, which allow wildlife to traverse unimpeded between the different preserved areas of nature. This project is not merely an act of kindness for Bhutan’s animals, but also actively prevents loss of biodiversity by promoting gene flow and allowing species to adapt to climate change.

GNH over GDP: The Economics of Happiness

How has the tiny, oft forgotten nation achieved this milestone of carbon neutrality and rapidly implemented such a wide variety of sustainability-focused policies, while other countries still struggle to reduce emissions? One of Bhutan’s key governing principles can be traced to King Jigme Singye Wangchuck, who said in 1972 that happiness is more important than GDP. His radical philosophy became Bhutan’s core principle of governance, and growth strategies have been tailored to maximizing happiness—rather than GDP—ever since. Two crucial components of the Gross National Happiness index (GNH) are sustainable socio-economic development and environmental conservation. Importantly, in official government documents regarding climate change, specific emphasis is placed on the rights of future generations to environmental safety and the enjoyment of natural resources—making intergenerational climate justice a key motivator in catalyzing climate action.

Although Bhutan’s unique happiness-based philosophy is certainly a factor in shaping its singularly green policies, another factor is the relative size of the kingdom’s economy. Bhutan’s population does not exceed one million people and it is still ranked as a developing nation. Because of this, following Bhutan’s model for carbon neutrality might seem inconceivable to larger economies like the United States and China, whose capitalist systems seem completely incompatible with Bhutan’s unconventional strategy of growth. However, data suggests that Bhutan’s emphasis on sustainability and its economic growth are not mutually exclusive goals. Bhutan is on track to exit developing nation status by 2023 and the percentage of its population living in poverty as defined by international standards has fallen from 31 percent to 8 percent in the last fifteen years.

That being said, Bhutan has not miraculously solved the globally confounding problem of how to balance growth with sustainability. Although Bhutan has managed to achieve both economic growth and emissions reductions thus far, some of the pillars of its sustainable governance are coming under pressure as the economy grows. With a relatively weak economy—manufacturing has seen little growth as a share of GDP in the past decade and Bhutan’s exports are relatively undiversified—prioritization of conservation over economic growth may not be sustainable. Secondly, the development and implementation of climate mitigation technology and policy is expensive—a problem for the Bhutanese government which is working with a GDP of roughly US$2.5 billion.

To counter these issues, Bhutan’s government has taken steps to ensure the long-term viability of its policies. The clause in the constitution that mandates 60 percent of land area be forested is an example of this forward-looking planning. Financially, Bhutan has also guaranteed long-term funding for its projects through Bhutan for Life, a fund developed in partnership with the World Wildlife Fund in 2017 that accrues donations from both private and public donors to permanently finance its sustainability and conservation efforts. The initial capital of about US$43 million came from private donors and the remaining US$75 million is to be injected by the Bhutanese government over the course of fourteen years. This structure anticipates long-term deficits in capital for sustainability projects; the fourteen-year time horizon is intended to give the government time to accrue more long-term sources of funding for such ventures. In addition to preserving Bhutan’s protected areas and biological corridors, the project will finance research and development in renewable energy and encourage more sustainable living in local communities.

While Bhutan is diligently planning for its long-term carbon negativity and sustainability goals, the rest of the world continues to emit carbon at unsustainable rates. Goals of “net-zero” emissions set by countries like the United States, Japan, and the European Union, in contrast with Bhutan’s carbon negativity, leave loopholes that allow for the delaying of meaningful emissions reductions. The lack of immediate action on behalf of the majority of the world’s countries means that climate change will continue to worsen and exacerbate the natural disasters and adverse effects of changing weather patterns. Bhutan itself may be carbon negative, but carbon emissions are inherently a global commons problem, so Bhutan’s individual mitigation efforts will not prevent the kingdom from suffering from the negative effects of climate change along with other countries.

In fact, Bhutan likely will suffer even more than rich nations who emit the most; the United States, the world’s largest economy, has emitted the most carbon to date, being responsible for about 25 percent of historical emissions. Because of Bhutan’s geography and small economy, it is poised to experience major climate-related disasters and it will likely struggle to recover economically. Already, the country is experiencing more extreme flash flooding, windstorms, forest fires, and landslides in recent decades. An imminent threat is glacial lake outburst floods (GLOFs). Bhutan’s position nestled in the Himalayas means that it is highly susceptible to these floods, which will increase in frequency as the Himalayan glaciers continue to melt. The most devastating GLOF to date occurred in October 1994, when Lugge Tsho burst, killing 21 people, destroying homes and over 1,000 acres of land, and damaging farmland. About 2 percent of Bhutan’s current glacial lakes have been identified as being at high risk for GLOF events, and this ratio will likely rise with increasing temperatures, posing grave threats to Bhutan’s human settlements. In addition to the loss of human life, climate-related natural disasters like GLOFs that destroy farmland will be particularly devastating to the Bhutanese economy, which is highly dependent on agriculture.

The juxtaposition between Bhutan’s fragile economy and susceptibility to climate-related disasters and its supremacy in achieving sustainability goals is an extreme example of the conundrum faced by many countries: why should one country reduce emissions, potentially impeding its own economic growth, if other countries will continue to emit carbon and inflict climate-related damages globally? This is precisely the question that creates the free-rider problem endemic in climate change policy and renders the promises made at conferences like COP15 often ineffective.

Somehow, however, the small kingdom of Bhutan has found a way to overcome the pull of free riding and emerge as a champion of sustainability, without any guarantees that other countries will catch up in time to prevent Bhutan from suffering from the adverse effects of climate change. Whether this is a function of Bhutan’s adherence to the GNH index or its agrarian lifestyle is unclear, but the ethical implications of a developing country poised to bear extreme suffering as a result of a climate change, even as it sequesters carbon emitted by countries whose GDP dwarfs its own, are troubling. While perhaps the exact Bhutanese model for reducing emissions is difficult to apply to larger industrialized countries, the world might be much closer to achieving the 1.5 degree target for global warming embraced by world leaders, if more countries adopted Bhutan’s prioritization of environmental policy, sustainability, and happiness. 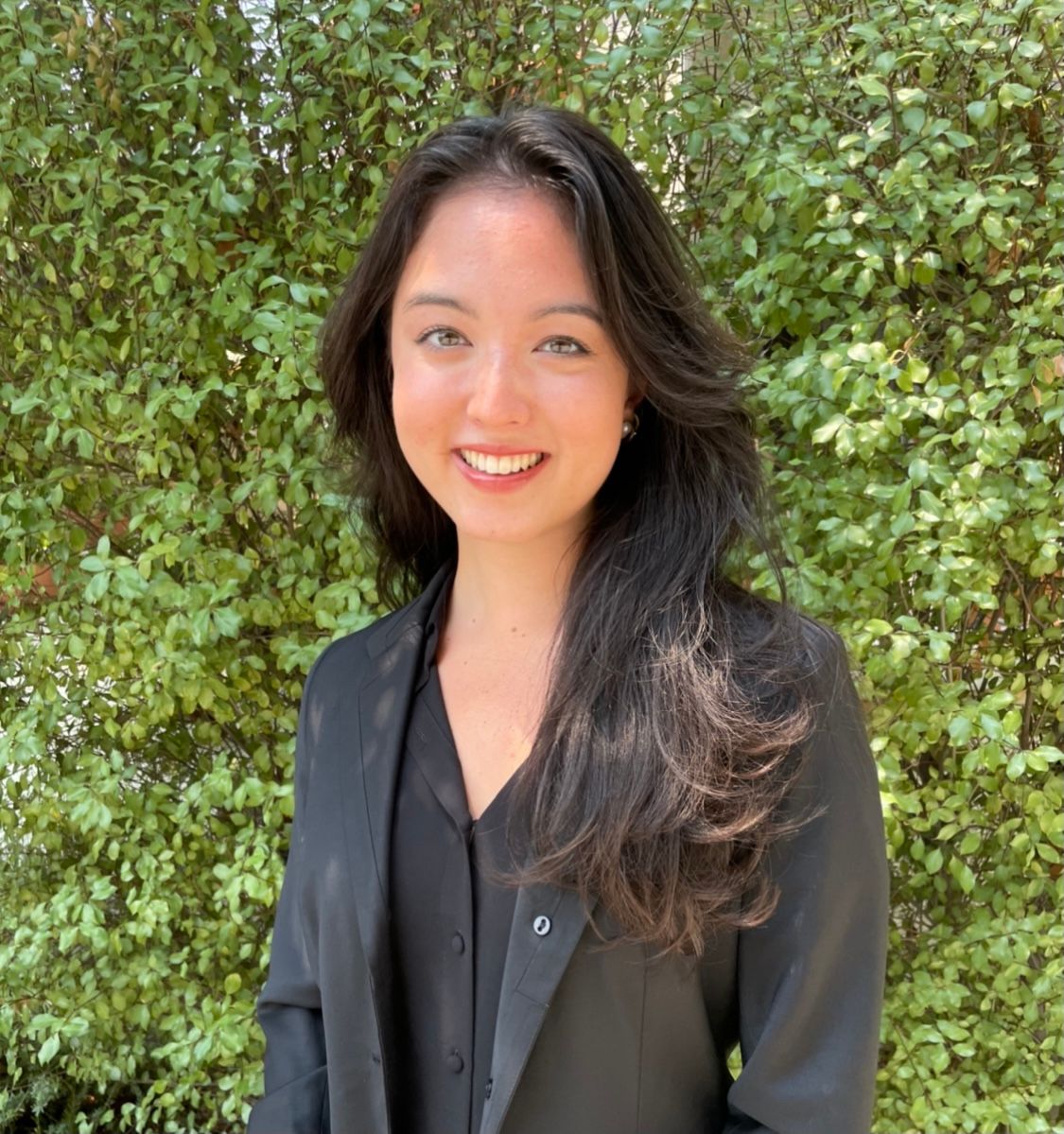 Shelby is a staff writer for the HIR. She is interested in environmental politics, women's rights, and US-China relations.