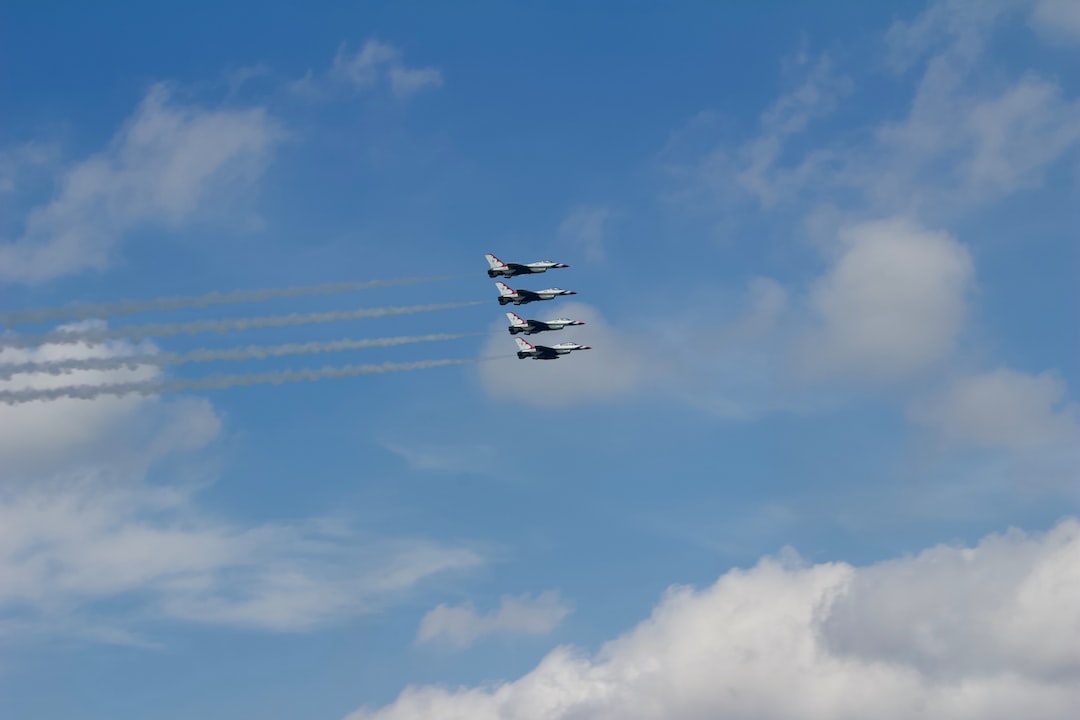 Bulls in a China Shop? Big Man Politics and the Erosion of Taiwanese Deterrence

Taiwan has bounced between regimes for decades. Under Japanese control for the 50 years between the First Sino-Japanese War and World War Two, it was then taken over by the Republic of China in 1945. After the victory of Mao Zedong and the Communist party in the nearby Chinese Civil War, Chiang Kai-shek and the Kuomintang (KMT) party fled to and set up a dictatorial government in Taiwan, which was eventually democratized after the election of a non-KMT president, Chen Shui-bian, in 2000.

Tensions between Taiwan and China come down to the One China Policy, which says that China and Taiwan are part of a single nation, that will eventually be ruled by one government. For China, this means the belief that Taiwan is part of China and will inevitably be reunified with the mainland under the Chinese Communist Party. In extension of this principle, China requires that all countries with diplomatic connections to China break all official ties with Taiwan.

Essentially, China sees an independent Taiwan as a violation of Chinese sovereignty, and has historically gone to great lengths to ensure Taiwan doesn’t stray too far from the “one country, two systems” agreement reached in 1992, known as the 1992 Conensus. In 1995, China refused cross-strait diplomatic talks to protest Taiwan’s deepened relations with the US, and a year later, China tested missiles near Taiwan as action against Taiwan’s first democratic presidential election. This prompted arguably the closest brush with war between the US and China in recent decades, when President Bill Clinton sent two carrier groups to the Taiwan Strait in response. After the tense 1990s, the 2000s saw increased positive relations between the PRC and Taiwan, marked by increased high-level talks and economic cooperation.

Since 2000, Taiwanese politics has been split between the pro-reunification KMT, which views the One China Policy as something that could eventually result in a single nation ruled from Taipei, and their opposition party, the Democratic Progressive Party (DPP), which is more in favor of clear-cut Taiwanese independence. In 2016, for the first time ever, the KMT lost the majority of Taiwan’s legislative body, and DPP candidate Tsai Ing-wen was elected president, marking a decisive rise for the DPP.

However, the recent rise of the DPP and the election of Tsai indicates a sharp downturn in relations. Following Tsai’s 2016 victory and her subsequent refusal to endorse the 1992 Consensus, Beijing suspended the cross-strait communication mechanism. In January 2020, Tsai was reelected, a sharply negative referendum on Beijing.

The US as Mediator

After relations gradually warmed under the Nixon administration and the ROC lost its UN seat to the PRC, the US eventually switched its recognition to the PRC and the One China Policy under President Jimmy Carter in 1979. However, despite severing formal diplomatic ties with Taipei under the One China Policy, the US also passed the Taiwan Relations Act (TRA) the same year. The TRA, which stipulates that the US will sell arms to Taiwan to help Taiwan defend itself, has since been the cornerstone of US-Taiwan relations.

Since the 1996 Taiwan Strait Crisis, the US has maintained a policy known as strategic or deliberate ambiguity: the refusal to make a firm commitment to defend the island in the case of a China-Taiwan conflict. This is a historically successful deterrence strategy based on the logic of uncertainty-driven balance, which relies on the belief that countries are unlikely to provoke each other if they are uncertain about US commitment, and by extension, the outcome of the conflict. Thus, the balance of tensions has been fragile, but stable.

The awkward dance between the One China Policy and the TRA has dictated US policy towards Taiwan for decades, allowing both formal recognition that Beijing represents China, and a thriving economic and defense relationship with Taipei.

But President Donald Trump's election changed things. In December 2016 Trump spoke directly on the telephone with President Tsai, the first time there has been vocal communication between the leader of the island and the American president since 1979. This previously unprecedented event was therefore a threat of parting from decades of US adherence to the One China Policy.

2017 legislation deepened Beijing’s Taiwan concerns when Trump signed into law the Taiwan Travel Act, which allows high level officials to travel and meet with their Taiwanese counterparts. Congress also debated allowing more military-to-military cooperation in the Taiwan Security Act, and added provisions regarding Taiwan’s undersea warfare capabilities and participation in joint military exercises with the US to the 2017 National Defense Authorization Act. These actions creeped closer to diplomatic parity for Taiwan, prompting the Chinese Ambassador Cui Tiankai to threaten “severe consequences” for the US-China relationship.

Tensions over Taiwan arose during the reigns of two “big men”: President Trump and President Xi Jinping. Xi has consolidated power––for example, eliminating term limits, creating a cult of personality around himself reminiscent of Mao Zedong, purging his enemies, and grounding CCP legitimacy in expansion and conquest, most notably in the South and East China Seas. This nationalist push has manifested in increasingly aggressive rhetoric towards Taiwan. He has ramped up the invasion threat, calling for unification more aggressively than his predecessors.

Hong Kong is a case study for the problems with Xi’s big man, nationalism via territorial restoration approach to policy. From 1997 to 2012, the first fifteen years after Britain ceded Hong Kong to China, the one country, two systems scheme created tensions in Hong Kong, but they were manageable. In 2012, with Xi’s accession, Beijing tightened the reins, and Xi made Hong Kong reintegration central to his personal priorities. Although the recent demonstrations were ostensibly triggered by a controversial extradition bill proposed by Hong Kong chief Executive Carrie Lam, even Chinese officials blame in part the gradual loss of freedom in the city under Xi’s rule, and fault internal miscommunications and decision making. The failures of Xi’s approach manifested in Tsai’s 2020 reelection, when Tsai used Hong Kong as a cautionary tale for Taiwan.

Xi’s dangerous, one-man approach to foreign policy is mirrored in the US: Trump campaigned on ‘America First,’ presenting an anti-China view that continues in his trade war, which shares the same personal prestige element and lack of internal cohesion as Xi’s approach to Taiwan and Hong Kong. But for Taiwan, Trump’s foreign policy inconsistencies are a nightmare: he is capable of both the offensive rhetoric to inflame China, but also the isolationist instincts not to come to Taiwan’s side during a crisis, disrupting strategic ambiguity.

Essentially, Xi and Trump are playing a domestic politics-fueled game of international nuclear chicken: as both tie more of their legitimacy to ‘winning’ and being the strongest, backing out becomes less tenable and escalation more risky.

Perhaps the most destabilizing recent change in this big man politics era is the shift in arms sales. In late 2019, Trump authorized the sale of 66 F-16 fighter jets to Taiwan, a move that shifted away from Obama’s strategy and text of the Taiwan Relations Act, which only calls for selling arms of a “defensive character.” This infuriated Beijing––China has historically tried to block Taiwanese attempts to acquire similar weapons platforms, and sees the sale of fighter jets as crossing an implicit red line. China responded by sending J-11 jets across the median line of the Taiwan Strait, violating the long-held agreement that neither party would cross the median.

The sale of the F-16s does not drastically alter the military balance between China and Taiwan. The jets may even be functionally useless if Beijing were to put military pressure on the island. China’s air force is still more than four times larger than Taiwan’s, and China’s thousands of ballistic and cruise missiles could keep these fighter jets from leaving the ground. In simulated air battles that assume an F-16-armed Taiwan, the Taiwanese air force still suffers massive losses. And in the case of an all-out amphibious invasion, the numbers are even less favorable for Taiwan. The 2017 Taiwanese defense budget was a meager US$10 billion compared to China’s US$144 billion; Taiwan has only 130,000 ground active duty troops compared to China’s 800,000. Proportionally, that’s about half a percent of the Taiwanese population, and less than a tenth of a percent of China’s.

The issue for China is that these weapons are built for offensive power projection, not for defense against invasion or targeted Chinese aggression. Taiwan is buying US systems designed for US interests and tactics: projecting supremacy across large distances and overwhelming opponents with military dominance. Taiwan doesn’t need to do that––neither political party in Taiwan is currently calling for offensive military projection––nor can it, as the numbers prove.

A war between Taiwan and China would likely take the form of a huge Chinese missile barrage to annihilate Taiwanese air defenses, specifically Taiwan’s long range air defense missiles, followed by aerial bombing to destroy the remaining Taiwanese fighter jets. In such a war, Taiwan would need to win a war of attrition: defensive weapons for small distances, which would increase Taiwan’s ability to withstand Chinese attacks. This asymmetric strategy––acknowledging a stronger opponent, and maximizing the weaknesses of the opponent to create a strong defense––requires the opposite of what weapons like the F-16s do.

The F-16 sales rely on the tacit assumption, grounded in the TRA, that the US will come to Taiwan’s aid, that Taiwan only needs to last a little while before a US intervention. Not only is this assumption particularly faulty in the age of Trump, when isolationist rhetoric is strong and allies cannot rely on US participation or coherent international dialogue, it is also not militarily pragmatic given China’s Anti-Access/Area Denial (A2/AD) capabilities: a form of power projection designed to limit other countries’ freedom of movement in a strategic zone. China uses two key strategies: ballistic and cruise missiles positioned to threaten US military bases to deny access, and air missile defense systems coupled with fighter aircrafts to deny free access.

These capabilities could make US intervention prohibitively costly, and selling Taiwan small sets of offensive weapons does not help Taiwan in a world in which the US cannot––or will not––come to Taiwan’s rescue. Additionally, purchasing such weapons could impose fiscal limits on Taiwanese asymmetric defense efforts. The Taiwanese defense budget is constrained, and highly visible weapons systems like F-16s are vulnerable to China’s precision-guided missiles so expensive that they trade-off with the development of an indigenous asymmetric defense system. In sum, the F-16s anger China because of their offensive capabilities, but those very capabilities do little to prepare Taiwan for a crisis.

Both Xi and Trump are using political strategies that risk the erosion of balance in a fragile security trilemma. With the recent shift from foreign policy statements to military action, big man politics has become less of an abstract threat and more of an imminent crisis. Whether Taiwan remains as it is––precarious, but stable––could be determined in the next few months.