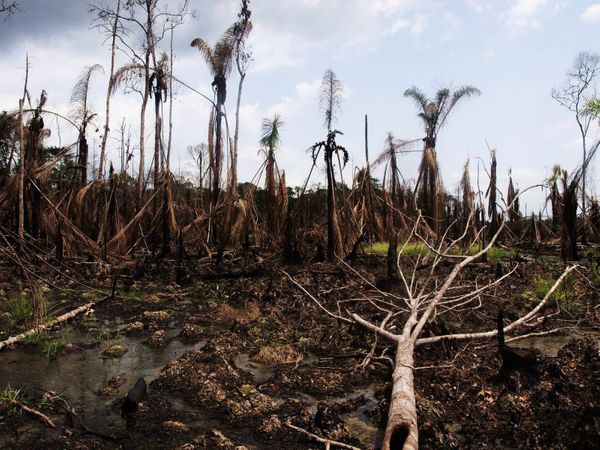 In the summer heat, the burning of oil in crude refineries prompts black snow to fall from the sky. This refinement emits carbon particles that have bathed the Niger Delta in soot, leaving its 30 million residents trapped in crises of poverty, sickness, crime, and environmental collapse. Doors and windows remain closed, face masks are worn everywhere, and all are cautious of leaving their houses as the air quality deteriorates in Nigeria. Miles out and into the coast, oil leaks from old underground pipelines have made their way into the water, leaving many citizens to struggle without their traditional livelihoods of fishing and farming. This becomes immediately evident in images of fishermen wading through the bones of mangroves and trees, blackened by layers of oil; and in stories of young men, desperate to make money by kidnapping oil workers and holding them hostage for ransom.

The Niger Delta, though traditionally rich in resources, has faced significant economic and societal challenges due to the greed of oil companies. Sitting on the Gulf of Guinea in the Atlantic Ocean, the Niger Delta consists of nine states (Abia, Akwa Ibom, Bayelsa, Cross River, Delta, Edo, Imo, Ondo, and Rivers States) in Southern Nigeria. It is one of the most petroleum-rich regions in the world—with a daily average of two million barrels produced a day and an estimated 38 billion barrels of reserves, it has become Africa’s biggest exporter of oil. However, this natural wealth in oil stands in stark contrast to the region’s socioeconomic position. 70 percent live under the poverty line at one dollar/day, only 55.4 percent of Nigeria’s population has access to electricity, and more than 33 percent of the population is unemployed.

In large part, this seeming mismatch can be explained by a complicated history of resource exploitation in oil specifically. In 1956, half a century after prospecting began in Nigeria, Shell and BP struck crude. And just two years later, the first shipment of oil took place. This newfound discovery created hope—and after Nigeria declared independence from the British Empire in 1960, many believed that oil would bring prosperity.

Instead, the future was filled with corruption and environmental degradation, resulting from Shell’s practices that often devastated the lives and livelihoods of people in the region, sowing discontent that eventually boiled over into military coups and a civil war. With regards to environmental degradation, Shell’s practices severely contaminated the water, which stripped many of the ability to traditionally earn a living through fishing and farming. In just 15 years, from 1976 to 1991, there were a reported 2 million barrels of oil spilled in the Rivers State of the Niger Delta region in 2,976 separate spills. On top of this, gas flaring, the burning of natural gas that is associated with oil extraction, polluted the waters and mangroves of the Niger Delta. Despite the fact Nigerian legislation prohibited gas flaring, Shell continued its practices while the government turned a blind eye. In addition to the water contamination, the air pollution from Shell’s drilling practices also caused deformities, cancer, and skin issues to the citizens. Eventually, resentment bred in the community, and this discontentment continued to compound as people saw little benefit from the wealth of oil that was pumping under their tarnished soil. There were a total of eight military coups after Nigeria’s independence, from 1966 to 1993, in which military officers attempted to overthrow the government and restore democracy and civilian rule. On 29 July 1966, the coup against Johnson Aguiyi-Ironsi’s regime fueled violence and eventually led to the Nigerian Civil War, in which the government and the Republic of Biafra, a secessionist state which had declared its independence from Nigeria in 1967, fought for control over the lucrative oil production in the Niger Delta.

Ken Saro-Wiwa and a Glimpse of Hope

Eventually, Nigerians found a way to harness this resentment and channel it into resistance. Specifically, in 1990, Ken Saro-Wiwa, a Nigerian writer and activist, founded The Movement for the Survival of the Ogoni People (MOSOP) to fight for economic and environmental justice in Ogoniland, one of the most polluted regions in the Niger Delta. Saro-Wiwa became a beacon of hope for the people and inspired one of the largest crusades for change.

Saro-Wiwa’s main goal was to break the bonds between Shell and the central government, formulating two demands: one to the Nigerian Government and the other to Shell. To the former, Ken Saro-Wiwa and MOSOP drafted the Ogoni Bill of Rights, calling for, among other demands, civilian political autonomy to participate in the affairs of the Nigerian Republic, in order to secure the people the control of their natural resources. With regards to Shell, Saro-Wiwa demanded it respond directly to its damages, paying six billion US dollars in royalties from past oil productions.

However, allyship between Shell and the Nigerian government became stronger than ever. Internal memos and minutes from meetings between the two reported that Shell had repeatedly asked the Nigerian government to deploy more soldiers to protect their pipelines and combat resistance. Almost always, the government agreed, wreaking havoc on local communities and villages in Ogoniland in return for financial support from the oil corporation. In October 1990, the Mobile Police, an elite paramilitary unit, torched 595 houses and killed 80 people with guns and grenades in the Umuechem village for peacefully protesting against petroleum companies in town. In April 1993, the Nigerian government shot 11 people at the Biara village when protesters tried to stop a new pipeline being laid by Shell contractors.

On July 13th, Ken Saro-Wiwa was arrested and was charged with six counts relating to unlawful assembly and seditious publication; on November 10th, 1995, Ken Saro-Wiwa and eight other activists of the MOSOP movement were executed by the the military dictatorship of General Sani Abacha after being convicted of the murder of four Ogoni politicians in Port Harcourt. This conviction was despite the fact that MOSOP was a nonviolent movement.

International outrage ensued. Nigeria was immediately suspended from the Commonwealth of Nations, and many Nigerian activists urged the United States to impose sanctions on the Nigerian government and boycott purchasing their oil, in the hopes that it would knock down President Sani Abacha’s regime and restore democracy. However, their cries were left unheard, and the United States, which purchases half of Nigeria’s oil, declined an embargo against the country.

Ken Saro-Wiwa and his colleagues’ bodies were buried in unmarked graves, and with it, the hope they represented to the people of escaping this cycle of poverty stemming from oil exploitation. During this time, as a reactionary force to the combination of socio-economic underdevelopment, restlessness, and anger, early militant groups began to form such as Movement for the Emancipation of the Niger Delta (MEND).

The coalition of MEND targeted oil production infrastructure, hoping to avenge the citizens and their conditions of poverty, unemployment, and abandonment that the government and oil companies left them in. On January 10th, 2006, they kidnapped four foreign workers on a support vessel en route to Shell’s Exploration Asset, temporarily shutting down the field. Five days after that, MEND-militants attacked SHELL’s flow station, killing 16 men and reducing the oil production by more than 75 percent. Between 2006-2009, more than 350 foreign oil workers were taken hostage, dozens were killed, and early militancy groups reduced Nigeria’s oil output by one-third. From 2010-2013, MEND launched over 30 attacks—hijacking oil carriers, sabotaging oil pipelines, and bombing oil wells. In 2020, there were 135 maritime kidnappings, netting the militants over US$4 million in ransom payments.

Offshore, another activity many turned to was illegal oil bunkering and refining—the practice of stealing crude oil and siphoning it off into tanks to boil into different petroleum products. But the illegal refinery process ignored all health and safety precautions, resulting in frequent explosions and leaks. In both 2021 and 2022, explosions at illegal refineries killed 25 and 100 people respectively. The burners that heat the distillation units in the refineries also emit large quantities of black soot, resulting in many of the residents experiencing chronic respiratory diseases, heart problems, and increased mortality rate—children are suffering from catarrh, women are in hospital beds having difficulties breathing, and men are dying at just 40.

In 2021, the NIMASA (Nigerian Maritime Administration and Safety Agency) launched its Deep Blue Project to secure waters up to the Gulf of Guinea and crack down on piracy. And in 2022, it has continued to expand—Nigeria signed a US$2.78 million dollar exchange with Japan for high-speed boats and collaborated with South Korea to host a joint commission in October to discuss maritime security. Many have commended Nigeria’s efforts, but the problem runs deeper than simply increased integrated surveillance and sea patrol—it is the combination of stagnant socioeconomic development, political corruption, and impunity for large oil corporations that have damaged their homes that motivate and legitimize pirate groups. As such, in order to address this cycle of violence, crime, and poverty, Nigeria must reckon with the role of oil in its  country.

The future of oil in Nigeria seems to be at a pivotal moment right now. At the UN Climate Change Conference in Glasgow (COP26) in 2021, many countries put pressure on Nigeria to start to abandon fossil fuels and shift to more sustainable and clean energy as a solution to their cyclic situation of crime, poverty, and environmental degradation. Although Nigeria pledged to reach neutrality by 2060, President Muhammadu Buhari stressed their heavy commitment and ties to oil, viewing them as a necessity for further development. In addition, Yemi Osinbajo, the Nigerian Vice President, stated oil was the gateway to speed up development of the country; he concluded an article in Foreign Affairs writing, “...the transition [to a green-economy] must not come at the expense of affordable and reliable energy for people, cities, and industry.”

But while it seems Nigeria’s government would not like to abandon oil in the near future, it may leave sooner than expected. Today, many Nigerian activists are taking the center stage, and the oil industry is under serious legal scrutiny for its negligent and criminal practices in Nigeria. Increasing lawsuits are being made, many of which are ordering Shell to pay plaintiffs billions of dollars in damages. Notably, in May 2021, Nigerian environmental lawyer Chima Williams won a landmark 13 year lawsuit against Shell, holding the oil company liable for the damages to four farmers in Goi and Oruma that had their homes left in ruins because of major spills from underground pipelines. Shell was not only responsible to pay for the damages, but also ordered to carry out an intensive clean-up of the properties. This mounting pressure is leading to a rapid departure of Shell from the Niger Delta’s oil market—in early August of 2021, Shell announced it would sell off the remaining onshore oil fields in Nigeria.

But while this seems like a win for the community’s advocates fighting against oil exploitation, the country may be left in a sticky situation. It begs the question of what will become of Nigeria and its paradoxical dependence on oil—decades of its development have rooted so deeply in systems of government and life that it could become a struggle for the community to suddenly transition away from oil. There is the potential for stranded assets, debt, and economic instability as the main source of Nigeria’s wealth begins to leave the Niger Delta.

All seem to be holding their breath, unsure of what to come, as black soot only continues to fall from the desolate sky. 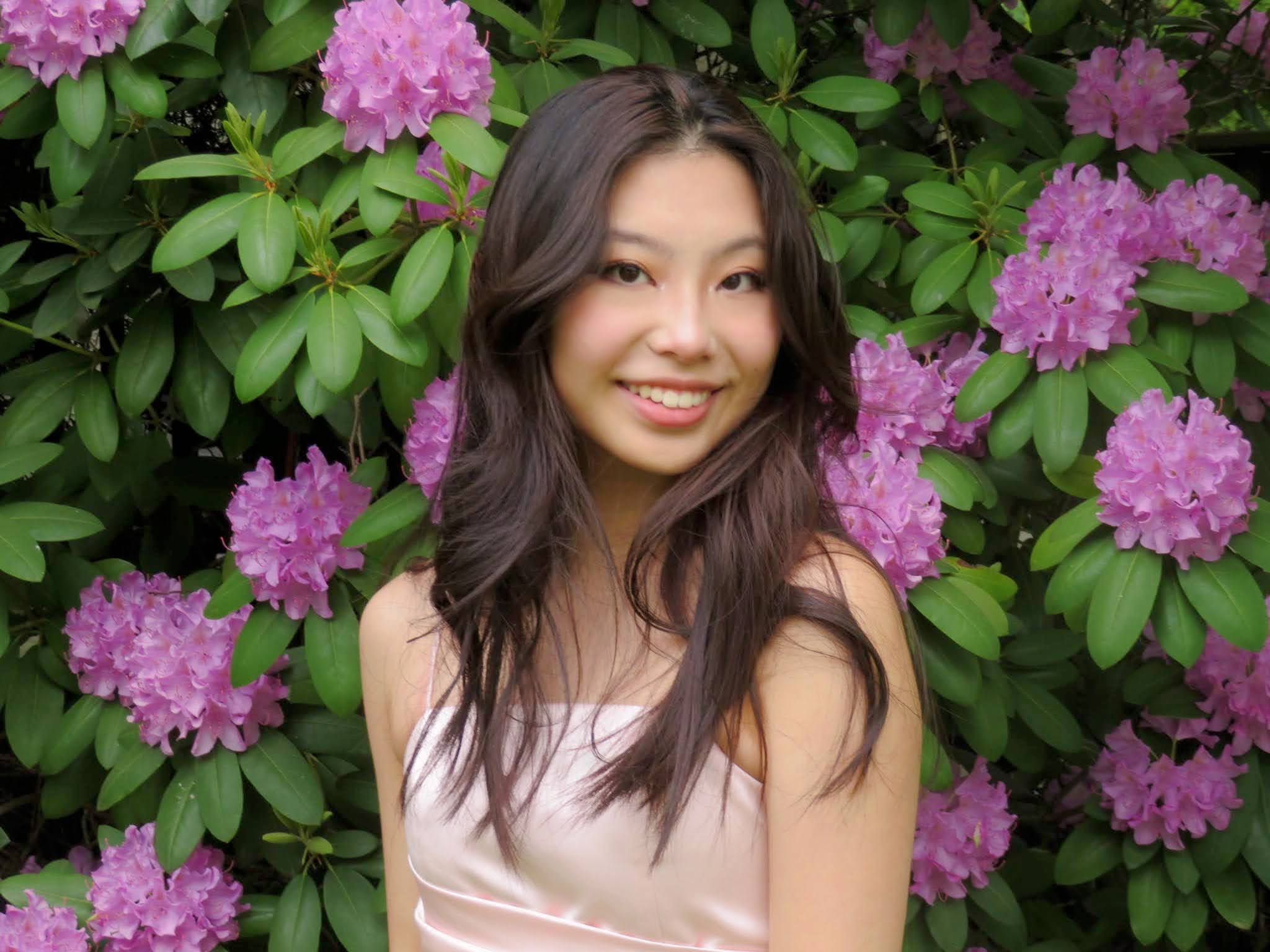 Liz is a staff writer at the HIR. She is interested in human rights, environmental justice, and technology.