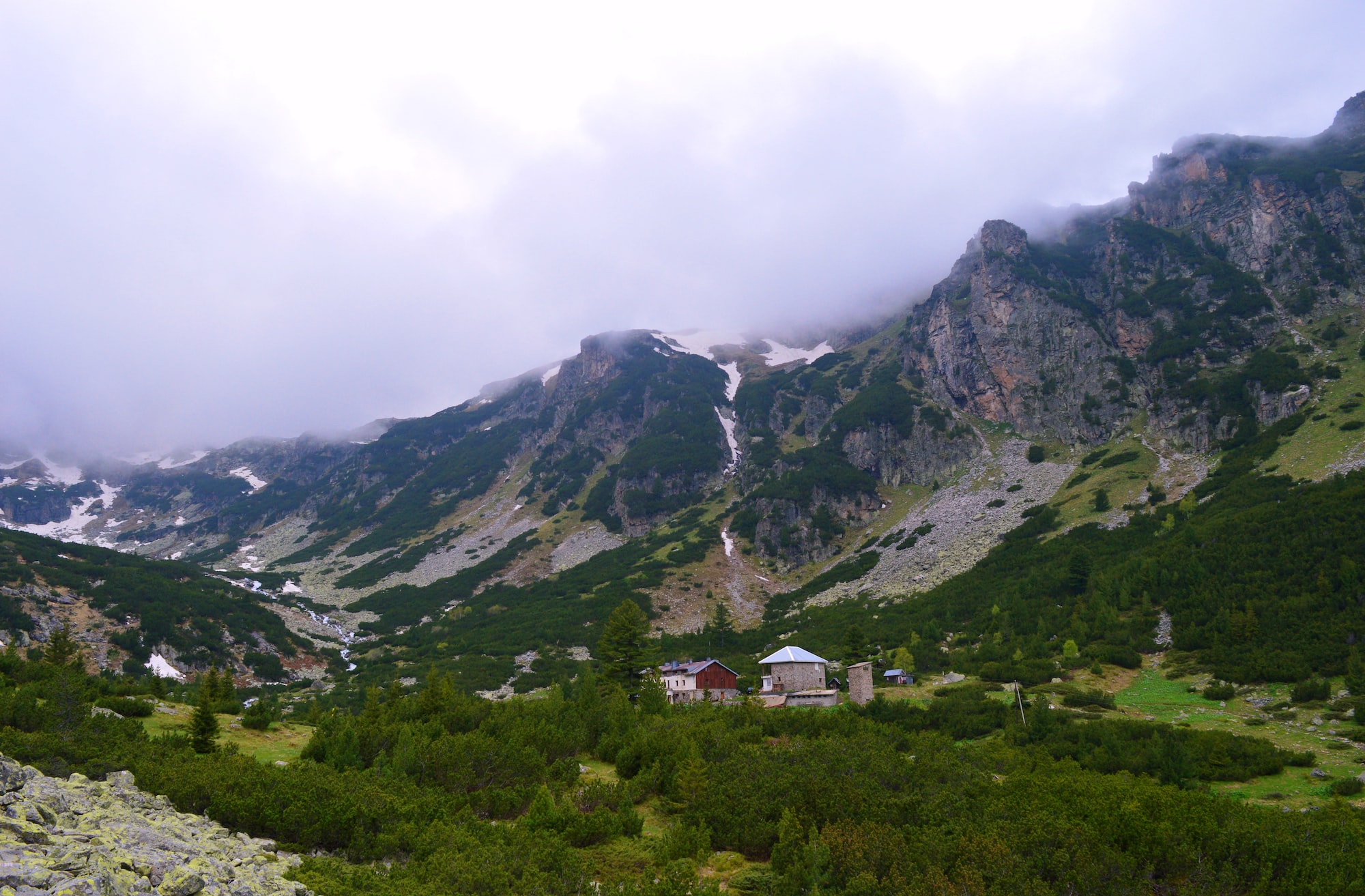 The Balance of Power in the Balkans

The Balkans region has long been considered significant by regional and supra-regional powers due to its natural, human, economic, and political characteristics. As a result of the region’s geographic location, complex ethnic context, religious ideologies, and economics, the Balkan peninsula has seen successive crises and disputes in modern times, including its key role in both World Wars. The region has long been the scene of rivalry between world powers, but this rivalry has only further intensified since the end of the Cold War and the collapse of Communist regimes in Eastern Europe.

Over the last few decades, the United States, Russia, EU, and China have sought to use their power to expand their influence in the Balkans. In today's multipolar world, small countries, including the Balkans, can play a strategic role; if a world power neglects to work with them, these small countries are ready to move on to other competing forces. Accordingly, the United States, Russia, EU, and China seek to expand their influence by adopting a new Balkans geopolitical strategy. The sum of these movements shows that the Balkans region is considered essential by the great powers for strategic, political, and economic reasons.

The EU's Position in the Balkans

With 27 members, more than 447 million people, and geopolitical clout, the European Union offers a unique model of regional convergence. However, after the formation of the EU, there was much debate about the EU's position in the international system in political and academic circles. Despite the conflicting interests of member states, the EU has increasingly presented itself as a collectively powerful player on the world stage that seeks to have a normative influence in the international arena through its own foreign policy. As a result, it is crucial to investigate what effect the EU's normative power has had on the Western Balkans, the tools it has used, and the major challenges it has encountered.

The Western Balkans has historically been a buffer zone, presenting great crises and threats to the rest of Europe. After the end of the Cold War and the collapse of Communist regimes, the Balkans was thrown into a civil war. Nevertheless, despite its much contested and strained history, the Balkans has remained of particular importance to the EU. This region’s geographical proximity, historical and cultural similarities, and common borders have created the grounds for developing relations between the two. However, disparities between the countries of the peninsula and the lack of a clear timetable for joining the EU (as well as the differing views of EU members on enlargement policy) have put off the prospect of full membership in the bloc. That is, until recently. In the last few years, developments have taken place in the Western Balkans that have forced the EU to change its strategy towards the countries in the region and become more active.

One of the reasons the EU is opening its doors to the Balkans is to neutralize Russia and China's geopolitical influences in the region. Over the past few years, Russia and China have invested heavily in the Western Balkans, cementing their status as major trading partners. The second reason the EU is opening its doors is that the Balkans is a relatively turbulent region that suffers from ethnic conflicts and organized crime, so the EU has long sought to strengthen stability in the area. There is also a danger that the problems of the Balkan region will persist and eventually spread even to the EU. Thirdly, the Balkans are a transit region and therefore need to be coordinated with the EU's energy supply structures, especially important for the continent's western countries.

The United States’ Presence in the Balkans

After the Cold War and during the Yugoslavian Civil War, the United States expanded its political presence in the Balkans through bilateral political and security relations, as well as NATO membership. For a while, the United States maintained a stronghold in the region and almost consolidated its geostrategic presence in the region. After some time, however, the EU’s role in crisis management in the Balkans strengthened, diminishing the United States’ influence. Nevertheless, the United States hopes to regain its influence in the Western Balkans through partnership and support of the EU, especially as a means of countering Russian influence. For example, Serbia is one of the most extensive republics in the former Yugoslavia and has traditional and close ties with Russia. Washington has therefore sought to revive and improve its relations with the Belgrade government in various ways, as well as maintain a level of presence in the area as a counter to Russian presence. Consequently, NATO, with 4,000 troops, is stationed at the Bundestil base in Kosovo.

Given that Serbia's membership in the EU is one of its priorities, it is regularly under political pressure from Brussels or Washington. As such, Serbia has repeatedly been asked to join the countries that have imposed sanctions on Russia over Ukraine. In 2017, the Trump administration decided to mediate in the region as regional tensions escalated. His administration considered three main goals: first, permanent US military presence in Southeast Europe; second, the historic reconciliation with Serbia, which can become a US ally in the region, provided that it distances itself from Russia; and third, the activation of US mediation efforts in resolving regional disputes, particularly the normalization of relations between Serbia and Kosovo.

Russia's Position in the Balkans

Just as the United States and EU accuse Russia of meddling in the internal affairs of the Balkans, Moscow is also concerned about the presence of the United States and EU in the Balkans; Moscow claims that the West is stepping up its efforts to bring the Balkan countries into NATO as part of a general plan against Russia. It considers the Balkans’ entry into NATO a threat to its borders because NATO is trying to get closer to Russia's borders with European countries' membership. Even the idea of ​​the Balkan countries joining the EU will be unpleasant for Russia. The Balkans joining the EU would have extraordinary consequences for Russia:

Along with the United States, Brussels can offer incentives such as EU membership, NATO membership, or domestic investment. Meanwhile, Russia also has many strong points of leverage, especially access to natural gas, to attract the Balkan countries. However, after 2016, the United States and EU used the Trans-Adriatic Gas Pipeline to deliver gas from the Republic of Azerbaijan to Greece and Albania via Turkey; then to Montenegro, Bosnia and Herzegovina, and Croatia to reduce reliance on Russian natural gas. But even so, Russia also has a strong presence in the region because countries like Serbia receive Russian military equipment. Also, Serbia was one of the first countries to declare its readiness for human trials after the Russian vaccine against COVID-19. That is to say, the Balkans region, in addition to being a strategic political region is also an economically important passage for Russia, the United States, and EU.

China and the Balkans

Over the past few years, China has invested heavily in the Balkans and is one of the region's largest trading partners. China's progress in the Western Balkans has become far-reaching, from bridge projects in Croatia to direct investment in Bosnia's energy infrastructure. Moreover, China plans to expand 5G networks in Serbia. However, Beijing's diplomatic and economic activities in the Balkans raise concern about instability in the region. For example, China's close relations with Serbia and widespread human rights abuses against the Uighur Muslim minorities may add to regional instability amid rivalry between Serbia and Bosnia and Herzegovina because of the ethnic Serb majority in Bosnia. As Serbia and the Bosnian Serbs' political relations are very close to China, Beijing could potentially empower gross human rights violations. Although the repression of more than one million Uighur ethnic minorities has had no direct consequences for Serbia, China committing widespread human rights abuses with impunity against an ethnic minority group may indirectly empower other human rights violators like Serbia who receive its support. While China's growing presence in the EU may not directly reduce tensions in the region, it may pave the way for the next Balkan crisis.

Overall, throughout the history of the Balkans, geopolitical rivalries and disputes over regional issues have created a very dangerous combination and have fueled military conflicts. This rivalry is even more relevant today with foreign competing powers competing over issues involving economic influence, defense cooperation, and political support for the region's countries. In addition to being a strategic political region, the Balkans is also an economically important gateway for world powers. Meanwhile, the United States, Russia, China, and the EU are trying to use this opportunity to expand their influence in the Balkans. Despite the expansion of trade and especially the EU's role in stabilizing the Balkans, the spectre of ethnic conflict in the region remains and the world powers are taking advantage of this situation.

On the other hand, the fragility of the governments of the Balkans prevents them from turning to a single foreign power. In the meantime, the balance of power strategy will mean that Balkan governments can take advantage of economic agreements, bailout packages, and political support from multiple foreign powers. The fact is that instead of providing growth opportunities for the region, the great powers that play a major role in the region are more concerned about the use of these countries in their power game. If the leaders of the Balkans were wise, they would use investment and economic partnership by external powers to increase the effectiveness of the administrative structure and economic institutions.

Amin Bagheri is a Research Fellow at the International Studies Association in Tehran. His primary research interest lies in international relations, peace, and conflicts in the Middle East.

Dr. Saeed Bagheri is a Postdoctoral Fellow in international law at the Law School of the University of Reading, UK.