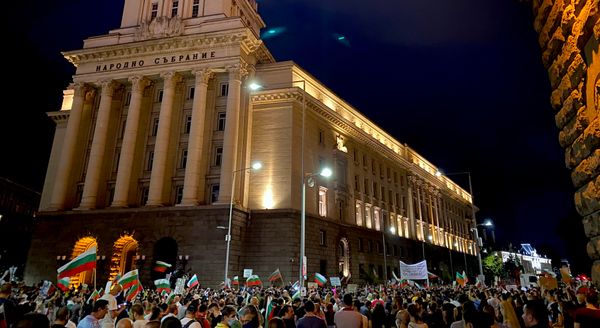 Silent Threats to Democracy in the Balkans Reach a Roar

On the night of July 7, thousands of protesters faced off with police in Belgrade. Incensed over a snap COVID-related lockdown that they viewed as another self-serving move of a government already known to modify the system for its own benefit, the crowd attempted to storm parliament. The air filled with tear gas and repeated chants of “Ostavka! Ostavka!”—a word meaning “resignation” in many Slavic languages.

Just two days later, Bulgarians took to the streets of the capital en masse after a journalist reported on yet another act of corruption within the political elite. As they stood in front of the National Assembly waving flags and staring down state security forces, they rallied around a familiar cry: “Ostavka! Ostavka!”

While the EU has locked its eyes on the Belarusian and Hungarian cases of democratic backsliding, threats to institutions in the Balkans have continued to grow. The EU has failed to recognize how declining democracy on the peninsula will erode civil rights protections, undercut the legitimacy of both national governments and the EU, and cause it to lose control over human rights norms in Europe.

Causes of the Current Protests

Both Serbia and Bulgaria, two neighboring states on the Balkan peninsula, have watched their democracies quietly erode for years. This July’s protests marked the end of that silence. As Bulgaria is an EU member state, but Serbia is not, examining these case studies side-by-side can provide a valuable perspective on the EU’s role in the protection of democracy.

Although the largest wave of protests in recent Bulgarian history started on July 9, its citizens’ frustrations have existed for much longer, especially over government corruption. During Bulgaria’s Communist era just a few decades ago, the mafia controlled much of the business and political worlds. Oligarchs still control much of Bulgarian society today, despite the judicial and economic reforms that were instituted prior to the country’s accession to the EU in 2007. A prominent mobster has accused Prime Minister Boyko Borissov of having strong ties to the mafia, an allegation that protesters, and even President Rumen Radev, give weight to. The consequences of corruption on this scale are staggering: according to a Eurobarometer poll from 2019, 78 percent of Bulgarians believe that the “only way to succeed in business is to have political connections,” and an estimated 11 billion euros (approximately US$13 billion) are lost from the economy to corruption every year.

Beyond corruption, Bulgaria’s track record with human rights is reprehensible. The country has by far the worst press freedoms in the EU: it ranked 111th in the world in 2019, trailing behind many widely-criticized countries such as Kenya and Malaysia. Just last year, Bulgarian journalists protested the suspension of reporter Silvia Velikova from a public radio station for urging her audience to oppose the appointment of Ivan Geshev for Chief Prosecutor, though their numbers paled in comparison to the sheer volume of demonstrators on the street now. This demonstration is just one example of a broader trend of media suppression. Oligarchs control many formerly independent news organizations. Journalists outside of those organizations who may have more discretion about what they report on are harassed or threatened when they report on the mafia or government misdoings; some are threatened with up to a year of jail time for defamation. During the current protests, police have beaten and pepper sprayed journalists even after these reporters have shown their media IDs. The International Press Institute reports that members of the media were also prevented from approaching protests so they could document the events.

If the Bulgarian people have faced these concerns for decades, why have they started  protesting now? As the answer often is nowadays, it is because of social media. On July 7, the leader of Bulgaria’s anti-corruption party showed on a livestream that an honorary chairman of the state’s ethnically Turkish party had illegally privatized a beach—despite all beaches in the country being public—and defended it with state-funded security guards. This corruption scandal was the spark that “lit the powder keg.” Every single night since July 9, Bulgarian protesters have taken to the streets in droves demanding the resignation of the Prime Minister Borissov and his entire cabinet.

The protests remained relatively peaceful on both sides, until Borissov’s party, known as Citizens for European Development of Bulgaria (GERB),  attempted to solve the crisis by proposing a new constitution—one that glossed over most of the demonstrators’ demands. In order to secure enough votes to begin deliberations on the constitution, GERB had to form a coalition with one of the nation’s far-right parties and include provisions like mandatory conscription for adults into the Bulgarian army. In response, unprecedented numbers of protesters well into the thousands joined demonstrations on September 3 in a “grand national uprising.” As police pushed protestors to the ground and used pepper spray to suppress any resistance, they arrested 126 people and injured over 50.

Just across  the border, the deterioration of Serbia’s democracy has grown increasingly apparent in recent years. Earlier this year, Freedom House demoted Serbia and Montenegro (as well as Hungary) from democracies to “hybrid regimes” that exist “in a ‘grey zone’ between democracies and pure autocracies.” The prominent rights group called the backsliding “unprecedented.” The Serbian government controls all daily newspapers and nationwide television channels and gives significant loans to private media companies, evidence of how the country has the worst press freedoms in the Western Balkans. Opposition members in parliament are prevented from fully engaging in legislative debate and proposing amendments to bills because President Vučić’s allies fast-track nearly half of all laws through parliament under “urgent procedure.” This trend of rushed process began before the COVID-19 emergency emerged. In short, almost all of the country’s power is consolidated in the ruling party.

When protesters stormed Parliament in Belgrade, they were reacting to President Vučić’s move to impose strict COVID-19 lockdown measures just days after securing re-election. Prior to the election, he lifted restrictions so that people could attend sports matches and vote while under the impression that the state had defeated the virus. In response to this rapid policy reversal from a government that many viewed as “botching” a COVID-19 response, Serbians rushed to parliament and clashed with police officers in Belgrade. Though the Serbian protests have fizzled out, the underlying issues with the manipulative electoral politics remain.

The State of the EU

In spite of the recent turmoil, the EU has remained woefully silent. Although the European Commission authors annual “rule of law” reports on member and candidate countries, these reports usually have no teeth.  Serbia and Bulgaria failed to muster an appropriate response to critiques on their democratic institutions in their 2020 reports. In fact, Borissov actually commented that this year’s report on Bulgaria was “exceptionally objective” and did not seem to be concerned by its findings. In contrast to their radio silence on Serbia, though, the European Commission passed a resolution in October that “chastised Bulgaria for flaws in respecting the rule of law, combating endemic corruption, and supporting media freedom.” However, the reports and resolution have no enforcement and, at best, merely embarrass Bulgaria and Serbia’s leaders.

The EU has made a critical mistake by remaining inert in the face of these threats to democracy given the massive internal implications of Bulgaria’s fragile democracy. Bulgarians already distrust governing systems as a whole. If the EU does not defend the values it claims to embody by decisively standing with the Bulgarian people during their time of need, Bulgarians’ support for the Union will likely fall while the breakneck growth of Euroskepticism across the continent in countries such as Italy already threatens the health of the EU.

Beyond Euroskepticism, the EU will face disastrous consequences for letting Bulgaria’s corruption run rampant. If Bulgaria continues to misuse EU funds, other nations in the EU may grow resentful of how the Bulgarian government wastes their contributions and resist paying into the EU’s initiatives.

In addition to decreased faith in the EU and its funding, democratic backsliding threatens to undermine the enforcement of human rights protections throughout Europe. The EU’s Charter of Fundamental Rights lays out standards for the protection of rights that it expects from each of its member states. If constituents of the EU fail to uphold those standards, enforcement elsewhere becomes much more difficult. This is especially true as it pertains to countries wishing to accede to the EU: membership in the valuable economic and political union is often used as leverage to force candidate states to significantly decrease human rights violations.

Serbia stands out as a prominent example. In order to accede to the EU, Serbia must meet certain standards for transparency and human rights. Clearly, Serbia does not yet meet those standards, based on its issues with media freedom and the democratic process; but, the EU has good reason to want Serbia as an eventual member state. Otherwise, it will likely fall into the arms of China, a nation that has already invested heavily in the Balkan state’s infrastructure and COVID-19 response. The citizens of Serbia are no stranger to this aid: the Institute for European Affairs found that 40 percent of Serbian citizens consider China their largest donor, whereas only about 20 percent believed the EU filled that role. Similarly, Russia could occupy this role: Serbia already imports 75 percent of its natural gas from Russia, has a strong connection with Russia through the Orthodox church, and is influenced by Serbian-language Russian state media. Close ties between either of these non-Western powers and Serbia could limit the EU’s influence. This becomes especially important considering that Russia and China are not exactly champions of democratic values like the EU views itself as. If Serbia knows it will receive assistance from China or Russia regardless of its human rights practices, it is less likely to rectify its current abuses; the Serbian government is unlikely to listen to the shouting voices of its constituents unless the EU leverages it to do so.

When faced with the threats in Serbia and Bulgaria, the EU has a few options. For the case of Bulgaria, members of the European Parliament can put party differences aside and call the corruption what it is, in contrast to the partisan vote held on the statement of condemnation earlier this month. It can also stop pouring funds into projects riddled with corruption until the government makes substantial reforms ranging from the judiciary to the press. Serbia can face either the carrot or the stick for its actions: either the EU can back up its abhorrent rule of law report with consequences, or it can incentivize President Vučić and his party to halt anti-democratic practices. Without this action, the EU has failed both its member states and neighbors.

The people of Bulgaria and Serbia are no longer staying silent about the threats to their democracies. The EU should not be, either. 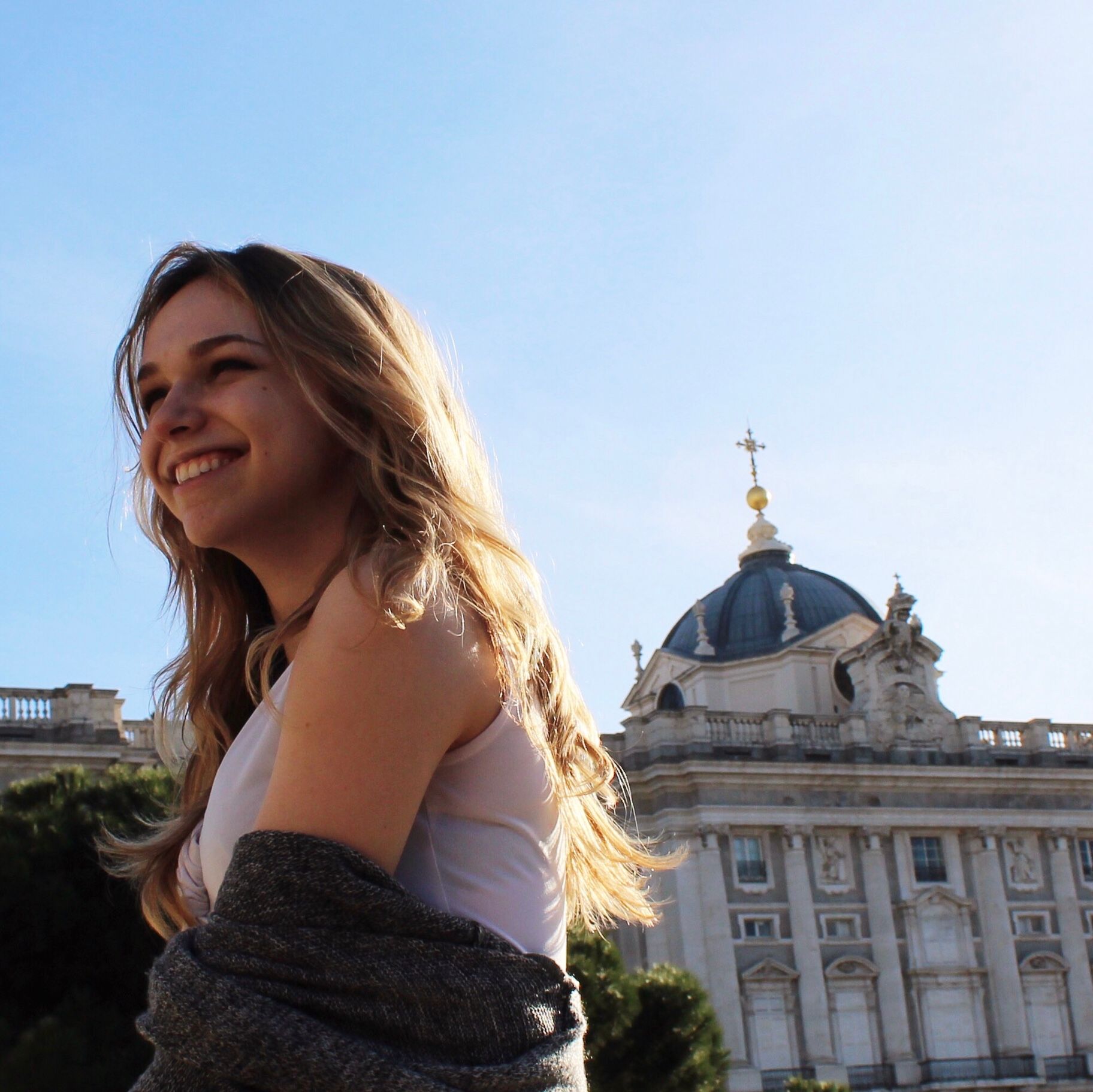 Delaney Hurley is a staff writer for the Harvard International Review. She is interested in American and Chinese foreign policy, democratic backsliding, and trends in the the Middle East and Balkans.