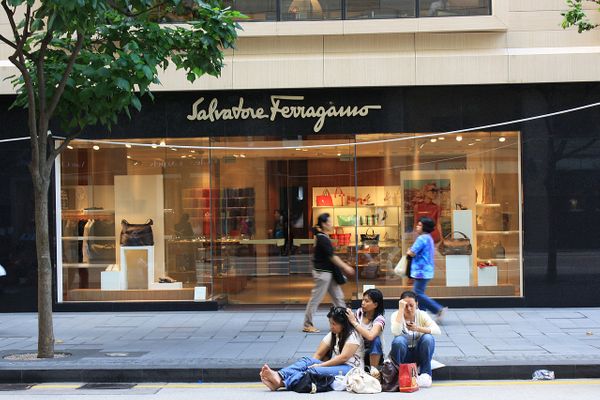 An Economist's View of the Informal Economy: Interview with Friedrich Schneider

Friedrich Schneider is a Professor of Economics at Johannes Kepler University in Linz, Austria and a Research Fellow at the Institute of Labor Economics in Bonn, Germany.

The informal economy is also called the shadow economy or the gray economy, there are lots of names for it. To be brief, the informal economy consists of goods and services which are produced in the shadow, avoiding taxes and government regulations, but are legal. Legality is important. If I repair a car off the books, it’s running afterwards, and it’s a legal activity, which is different from illegal activities such as drug dealing or burglary or other classical criminal activity.

What are the methods of measuring the shadow economy, statistically or econometrically?

From these, the most commonly used one is the currency demand approach. This is a simple idea. Normally, shadow economy activities are paid in cash, because cash doesn't leave a trace. A bank check is microfilmed or computerized and does leave a trace. The idea here is if you are able to isolate the amount of money which is used for shadow economy transactions, you can multiply it by the velocity of money, and you have a value added figure. That's the most common method.

The last approach is the MIMIC procedure. MIMIC means multiple indicators, multiple causes. In this model, the shadow economy is a latent variable which is influenced by certain causes like a tax burden or unemployment, and it's reflected in certain indicators like cash, like a lower official employment rate.

What are some of the economic drivers of activities within the shadow economy?

There are three indicators and ten causes. Well, the main cause of a shadow economy is informal employment. There are some other causes as well: high tax and social security contributions, intensity of regulation, unemployment, and the size of the agricultural sector all increase the shadow economy. A high official income, high tax morale, a high quality of public institutions, and a federal system as in your country all reduce the shadow economy. The three indicators are official GDP, cash, and official employment.

What economic policies have done the most and the least for reducing the size of the shadow economy?

In order to tackle the shadow economy, governments should use incentive-oriented policy measures. I'm very skeptical about punishment. Punishment is difficult to employ, and the effect is rather minor. It's the same debate, as with the tax evasion literature, where we all know punishment does not have a big effect in reducing tax evasion.

Now for policy measures in order to fight the shadow economy, decreasing unemployment is number one. If fewer people are unemployed, they have a lower possibility to work in the shadow economy and a smaller incentive because they earn good money in the official job.

You could also create incentives for self-employment. If people are self-employed and want to make a business, they have a little incentive to do it underground because it's much more difficult.

Then of course, what is very effective, but difficult to achieve, is to decrease the tax burden. The lower taxes I pay, the lower effect there is on my labor burden with taxes and social security payments, there is less incentive to work in a shadow economy. Another measure is to reduce the administrative burden. If you have to fill out a lot of forms, if you have to obey a lot of regulations, then the incentive to work in the shadow economy is great. And if you liberalize this, the incentive is less.

What's the relationship between the shadow economy and the formal economy, and vice versa?

That's a difficult question because it's like marriage. It's a very difficult relationship. In highly developed countries, like in the United States or in most other OECD countries, we have a positive or a complementary relationship: The shadow economy increases total welfare, especially in your country. In the United States, without shadow economy workers, the whole tourism and agricultural sectors will break down in your country. You rely on unofficial workers to pick fruit or do room service, for instance. Over the last three, four years, you had this huge debate under Trump about their role, but you need these people, these unofficial workers. In all, the shadow economy in the United States is very small, but it adds up.

How has the COVID-19 pandemic affected the shadow economy?

Alright, I'll ask one final question. What are the next directions for research in this field?

I am working more on micro data because I wanted to model individual decisions as to why people do or do not work in the shadow economy. At the macro level, we often choose to only model the obvious reason, a high tax burden, which secures a cut and dry result. But what happens if people know that other people work in a shadow economy, do we then have a multiplier effect? “Because the neighbors are doing it, should I do it? If I don’t do it, I pay taxes, and I am the fool; the others don't pay taxes.”

Also, how strong is people's belief as to how good or bad a government is? In the Scandinavian countries, people have very high trust in their government, and they are willing to pay much, much higher taxes, but on the other side, the goods and services they get from the government are tremendously good.

This is currently my type of research on the micro side, but I will always continue to do the macro estimates. This is an offensive word where I work, but I am thankful that we have actual figures for almost all countries across the world.