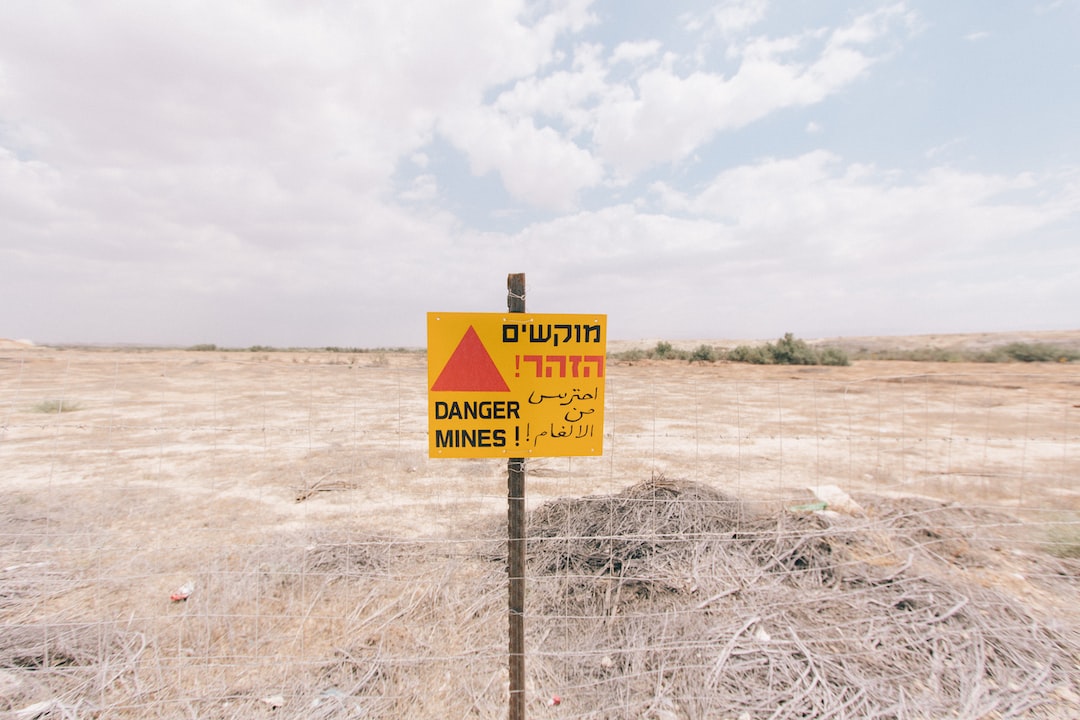 All Mine: The United States and the Ottawa Treaty

Landmines, as Major General Michael Beary of the United Nations Interim Force in Lebanon aptly describes them, are an “insidious menace” that disproportionately kill civilians. In recent decades, one of the most successful international agreements in recent decades has resulted in significant steps towards their elimination in warfare. The Convention on the Prohibition of the Use, Stockpiling, Production and Transfer of Anti-Personnel Mines and on their Destruction, better known as the Ottawa Treaty, was signed in 1997. The treaty aims for the complete elimination of anti-personnel landmines in warfare and has to a significant extent accomplished that aim. To date, 162 countries have signed onto the treaty, signaling their actionable intention to never develop, produce, use, stockpile, transfer, or retain landmines. The United States, notably, has not acceded to the treaty. Through an examination of the history of landmines, the campaign against them, and the process towards developing the Ottawa Treaty, the successes and failures of the Treaty can be fully understood. Furthermore, the United States’ past relationship with the Treaty can be adequately explored along with a path towards future ascension.

The history of landmines goes back to the American Civil War. The inventor of the first landmine, Gabriel Rains, assisted the Confederacy in their deployment on the battlefield—at the time, land mines consisted of a piece of sheet iron with a brass—covered fuse activated by movement of an object attached to an explosive primer. Despite concerns over their use including a temporary ban by Confederate General James Longstreet, thousands of land mines were deployed during the Civil War, resulting in an unknown number of what Union General George McLellan described as “murderous and barbarous” casualties. Rains himself declared that “Each new invention of war has been assailed and denounced as barbarous… yet each in its own turn notwithstanding has taken its position by the universal consent of nations according to its efficiency in human slaughter.” His words proved prophetic: land mines became a weapon of war used by nearly every nation in the world throughout the World Wars and after. Outside of their devastating effect on civilian populations during wartime, landmines can remain buried for decades after their intended use. For example, Afghanistan saw landmines planted indiscriminately across the country during conflicts in the late 20th century, which continue to kill thousands and serve as a major obstacle to development; Egypt cites a figure of some 23 million land mines within its borders, causing locals to refer to some tracts of the country’s deserts as “The Devil’s Gardens.” By the mid-1990’s, landmines senselessly killed around 26,000 people annually.

In the early 1990’s, an international movement against the use of these devastating weapons began in earnest. Spurred by an international campaign to ban landmines made up of nonprofits including Handicap International, Medico International, Human Rights Watch, the Mines Advisory Group, the Vietnam Veterans of America Foundation and Physicians for Human Rights, in December of 1993 the United Nations considered a moratorium on the exportation of anti-personnel mines. However, the ultimate amended Protocol that emerged from three years of negotiations on the subject fell short of total prohibition. Independently, some countries—including Belgium, Canada, Switzerland, and France—destroyed their stockpiles and stopped exporting land mines. In late 1996, countries frustrated by the lack of international progress convened in Ottawa for a summit entitled the “International Strategy Conference: Towards a Global Ban on Anti-Personnel Mines.” After establishing a framework for negotiations going forward, 97 nations signed the Brussels Declaration of 1997, which called for a comprehensive ban on the production, stockpiling, and transfer of landmines, the destruction of stockpiles of landmines, and international assistance in the clearance of land mines from conflict zones. This declaration became the basis of the Ottawa Treaty, which was officially signed in Canada in December of 1997.

The Treaty has largely been successfully implemented, though some areas of enforcement are lacking. For one, the codification of an absolute ban on landmines has stigmatized their use and contributed to a new international norm against their deployment in warfare. More concretely, the treaty has directly caused the elimination of 87 countries’ landmine stockpiles; more than 40 million landmines have been destroyed since 1997, saving tens of thousands of lives. Additionally, the Treaty has established meaningful mechanisms for compensation and rehabilitation for victims of landmines and their families, including drastic increases in funding for organizations providing medical, social, and economic support to affected populations. However, some nations are actively trying to leave the Treaty, such as Finland: Finnish Defense Minister Jussi Niinisto called the Ottawa Treaty a “blunder by a peacetime fool,” and urges Finland to remove itself from the Treaty in the interest of its defenses against Russia. Even worse, some states openly defy the Treaty’s ban. A notable recent example is Myanmar. The Burmese military has laid mines in Rohingya villages and along their border with Bangladesh, directly impeding the return of Rohingya Muslims from their place of refuge. Unrelenting international pressure is the best recourse and solution to force noncompliant states to accede to the Ottawa Treaty and stop their use of landmines. Thirty-two nations are not a party to the Ottawa Treaty; however, not all are openly using landmines in warfare. Though the Treaty has seen great success with its signatories, progress towards the complete elimination of landmines in the world will require the ascension of noncompliant states.

More than 40 million landmines have been destroyed since 1997, saving tens of thousands of lives.

The United States—along with the likes of Iran, China, Russia, Pakistan, and Syria—is not a party to the Ottawa Treaty. Although America supported the development process of the treaty, it did not sign it in 1997. The Clinton administration declined to accede to the Treaty under pressure from the Pentagon, which was concerned with the strategic importance of landmines along the Demilitarized Zone (or DMZ) between North and South Korea. The United States, in conjunction with South Korea, has deployed thousands of landmines across the DMZ to serve as a deterrent against North Korean invasion. Robert Beecroft, a State Department official under President Clinton, said that the United States would have signed the treaty if not for the issue of Korea. Little movement was made on the issue until 2014, when the Obama administration announced that it would accede to the Ottawa Treaty in every way except on the Korean peninsula. President Obama announced at the time that “we will begin destroying our stockpiles not required for the defense of South Korea. And we’re going to continue to work to find ways that would allow us to ultimately comply fully and accede to the Ottawa Convention.” The United States pledged to destroy its stockpile of nearly 10 million landmines, not produce anymore, and totally restrict their use in warfare. Advocates of the land mine ban applauded this move, but questioned the logic of requiring an exception for Korea. Steven Goose, arms director at the Human Rights Watch, said that “a geographic exception to the ban is no more acceptable today than when the treaty was negotiated.”

A new opportunity presented by recent diplomatic efforts in Korea could be the beginning of the United States’ ascension in full to the Ottawa Treaty. The recent thawing of diplomatic tension on the Korean peninsula included a 2018 summit between South Korean President Moon Jae-In and North Korean leader Kim Jong Un; both South and North Korea agreed to begin dismantling landmines in the DMZ. Engineers began removing landmines from the region within days of the summit, with the stated goal of total removal. If this policy is successful between North and South Korea, and landmines are eliminated from the DMZ, then the United States would have no reason not to fully sign on to the Ottawa Treaty.

A new opportunity presented by recent diplomatic efforts in Korea could be the beginning of the United States' ascension in full to the Ottawa Treaty.

The Ottawa Treaty is the result of the complicated, ugly history of landmines and the subsequent late-20th century movement towards their elimination. It is a success in progress: though it has undoubtedly saved lives and made the world safer, landmines are still in use in some countries around the world. The United States has so far failed to accede to the Treaty, largely due to the outlier of the Korean peninsula and the necessity of landmines in the DMZ as a deterrent. New developments towards the removal of those mines, though, may finally mean that America can add its full, unconditional support to a global landmine ban.