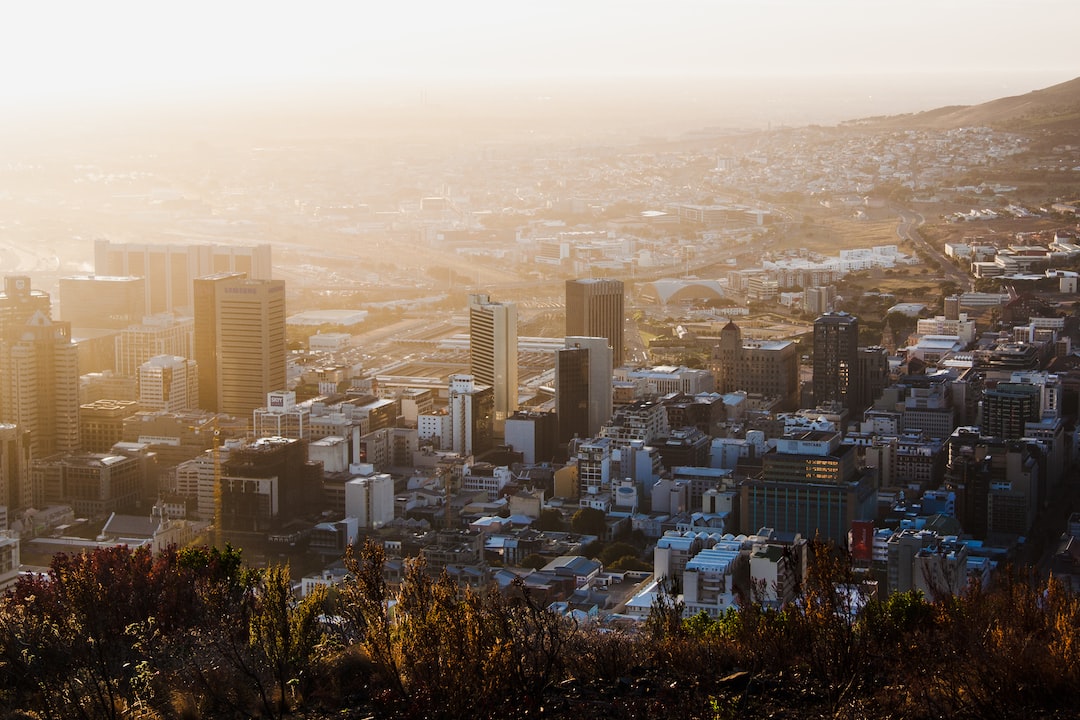 Ivor Ichikowitz is an African industrialist, entrepreneur, philanthropist and Founder and Executive Chairman of the Ichikowitz Family Foundation (IFF). The views expressed are his own.

By now, you have probably heard of the coming “African Century,” as a new wave of foreign investment and international interest descends on the continent to get into position in anticipation of future growth. As The Economist reports, this rising competition among foreign companies and governments to strengthen ties with Africa presents historic opportunities, and, with luck, this time the main beneficiaries could be Africans themselves. You have also likely read about a global movement of widespread nationalism, an ongoing trade war between the United States and China, and a destabilizing Middle East among a myriad of seismic geopolitical shifts. This has created a certainty only of economic instability, and has caused age-old players in the ultimate game of “Risk” in a struggle to co-exist in what is today an unequivocally multi-polar society.

So what exactly is different about the rush of optimism for Africa in this era, this New World Order, as compared to the similarly high expectations which followed independence, the end of the Cold War, and even the peak of China’s commodity super cycle? The answer lies in the African continent’s newfound potential for greater intercontinental collaboration, its commitment to market liberalization, increases in its internal trade, and its embrace of fourth industrial revolution-inspired technological innovation.

Africa hosts extraordinary market power. Consider the strong fundamentals: It has 20 percent of the planet’s landmass, vast natural resource wealth (including critically strategic minerals used in cutting-edge technologies), and a population growing at a rate which should be larger than China’s within 10 years, demographically primed for production. According to forecasts by the IMF, sub-Saharan Africa’s contribution to the global labor force will exceed that from the rest of the world combined by 2030.

Further, the embrace of “Fourth Industrial Revolution”-inspired digital production technologies has enabled the breakout of local manufacturing to take shape in many emerging African markets. While traditionally, the continent has been a net consumer of the developed world’s technologies, rather than allowing this dependency to stifle growth any longer, the continent is beginning to embrace the benefits of technological innovation. This includes 3D printing, mobile supercomputing, and cost-effective, portable manufacturing. Today, groundbreaking African initiatives enable the innovators and exporters of world-beating technologies and have relevance to the developed world to-date.

However, there are of course still massive risks and challenges for Africa to overcome. It continues to lag far behind in many human development indicators, with many countries lacking a basic capacity to properly provide the security and economic development enjoyed in other areas of the world. The continent is also incredibly economically fractured—divided into 16 trade zones due to geographic challenges—hosting an enduring lack of policy coordination. Global conditions make things even more difficult for the realization of the African Century. Migration patterns are provoking nationalist backlash in Europe and unfortunate incidents of xenophobia in South Africa. Deepening conflict and competition between the United States and China threatens to depress global demand, while instability in the Middle East has knock-on effects in several crisis-prone areas of Africa.

But there are far more encouraging trends which appear to indicate that Africa is on the cusp of unlocking a new period of prosperity. A recent study by the Boston Consulting Group highlights four very encouraging statistics. First, between 2006–2007 and 2015–2016, the amount of capital African firms invested in Africa itself increased from 3.7 billion to 10 billion USD. Second, during the same period, intraregional mergers and acquisitions jumped from 238 to 418. Third, average annual intra-African exports increased from 41 billion to 65 billion USD. And finally, the average number of African tourists traveling within Africa rose from 19 million to 30 million—representing almost half of all tourists on the continent.

Now, consider the massive potential for growth if the continent is able to move toward the implementation of the recently-forged African Continental Free Trade Area (AfCFTA), already signed by 49 countries. Right now, Africa’s intra-regional trade encapsulates roughly 17 percent of exports, compared to well above 50-60 percent in Europe and Asia. But according to the United Nations Economic Commission for Africa, Africa’s intra-regional trade is set to increase by 50 to 70 billion USD by 2040 due to the removal of tariffs alone (remarkable for such a short time frame). The increasing economic influence of Africa as a single market has important ramifications for how it shapes and determines its role in the international system, the responsibilities of global leadership its leaders are able to assume, and the changing dynamic this will propose to current allies and partners.

It is understandable that many Africans view the “Scramble for Africa” as a form of economic colonization. Foreign direct investment (FDI) initiatives have historically included the infamous “China Safari,” multilateral initiatives in resource extraction, the leveraging of blue economies, and infrastructure development projects which have led to a debt trap for many of the continent’s potential power players among others. In 2012, the International Monetary Fund found that China owned 15 percent of Africa’s external debt; hardly three years later, roughly two-thirds of all new loans were coming from China. Or take Germany's ambitious “Marshall Plan for Africa,” an agenda which includes the development of controlled production chains, encouraging manufacturing, and the diversification of Africa’s economies, all accomplished under foreign control and disproportionate benefit.

Africa has historically been a key battleground for influence and investment initiatives, attracting emerging market players such as Brazil, Russia, India, China, and South Africa (commonly known as the BRICS). That is why Vladimir Putin chaired the inaugural Russia-Africa Economic Forum in October. It is also why China maintains its position as a central player in Africa’s urbanization and development, as a huge percentage of the continent’s infrastructure initiatives are still being driven by Chinese companies or funding. It should be noted that the United States has also taken notice, launching an ambitious “Prosper Africa” initiative, emphasizing African FDI within a U.S. President’s first term of office for the first time in decades. Also expect the United Kingdom to court Africa in a bid to secure new trade deals after Brexit.

However, the continent’s leaders are beginning to rise to the challenges presented by this New World Order, addressing global challenges such as climate change, international trade barriers, and inequality. Their voices today carry increasing weight and resonance. It is further critical that the philanthropic community, particularly those with a vested interest in Africa’s future and who realize the ambitions of the world’s soon-to-be largest marketplace, follow suit. Today, philanthropic efforts are becoming more effective as they become sourced domestically. Africa is self-addressing the critical challenges of its time, investing in financial inclusion, renewable energy, and intercontinental security. Leaders the continent over are striving to address poaching, terrorism, human and drug trafficking, and the arming of militias. Left unaddressed, these problems would imperil the stability and economic growth of the continent.

There is work to be done amidst this shifting geopolitical and commercial environment. Africans must ultimately continue to make inroads in supporting the continent’s economic empowerment, pursuing greater market liberalization through greater intra-African collaboration, and continuing to fuel a culture of technological innovation-driven industrialization. The continent must develop a deeper understanding of newfound role in global decision-making and outcomes in this New World Order. Only then will Africans complete one of the great economic success stories of the 21st century.