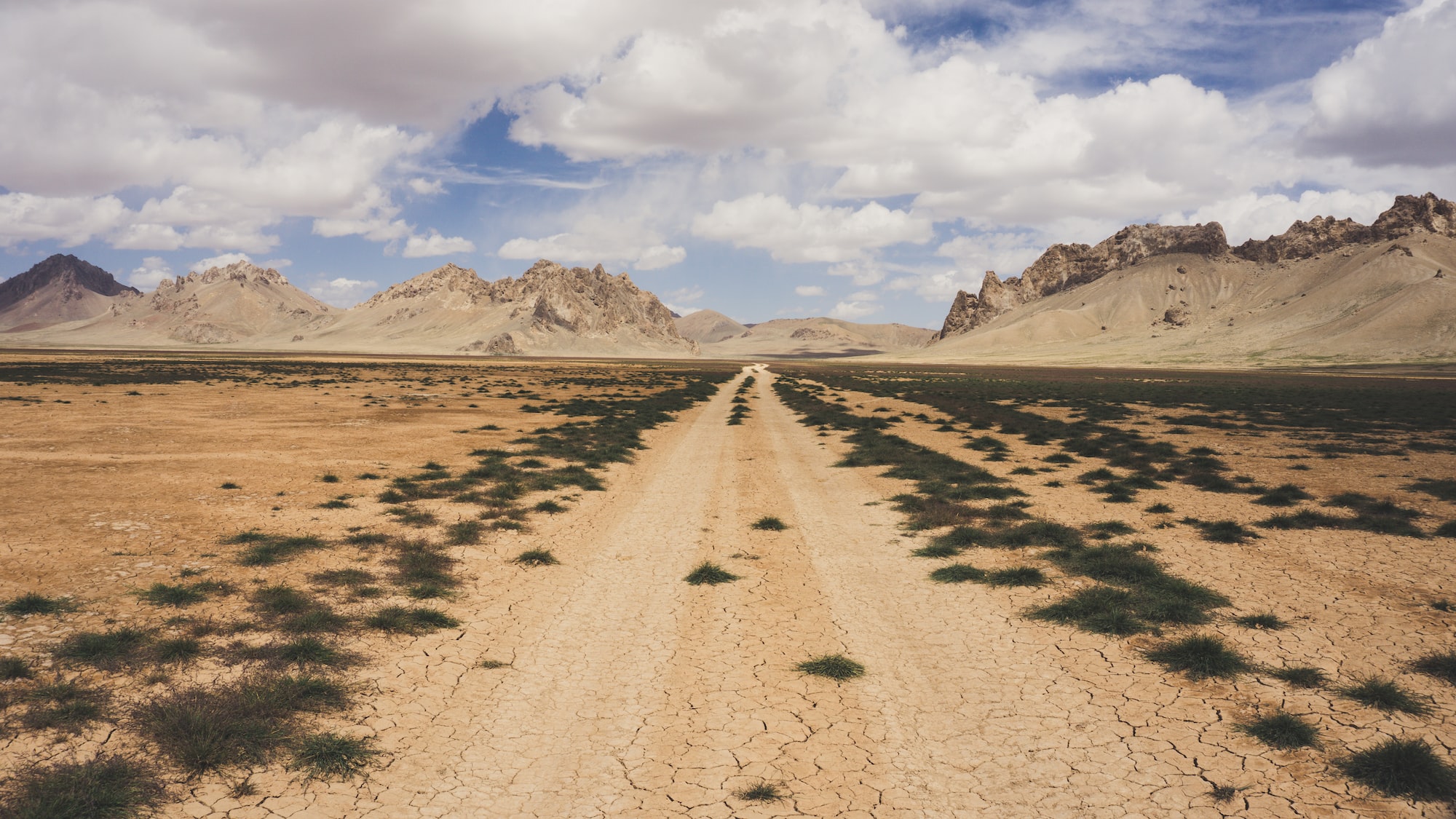 Peace in the Middle East: Afghanistan on the Road to Peace

This year marks the 18th anniversary of the outbreak of war in Afghanistan. What do we have to show for it? The US-backed Resolute Mission Support and the Afghan government continue their battle against the Taliban and its allies in a perpetual war. This has been the case since 2002, when the United States and its North Atlantic Treaty Organization (NATO) allies first sparred with extremists and embroiled in the troubles of inorganic state-building.

However, change may be on the horizon: The United States has entered into peace talks with the Taliban. (Evidently, President George W. Bush’s declaration that “We don’t negotiate with terrorists” no longer applies.) This move comes as a surprise to many—the Taliban is a US-registered terrorist group and the very group the US ousted.

The conflict continues to be deadly. In 2018, about 4,000 civilians were killed, according to the United Nations. President Trump seems less keen to keep boots on the ground, having claimed multiple times during his presidency that he wants to withdraw all ground forces. Indeed, according to Pew Research Center, almost 50 percent of Americans think that the US has failed in Afghanistan. These numbers are consistent with polls in 2014 and 2015, which revealed that more Americans had negative views of the war than positive ones. Given dwindling US commitment to the area, peace talks are here to stay for the foreseeable future.

Afghanistan is likely to become a battleground for powerful international actors, including the U.S., Russia, China, Pakistan, and India. With the diversity of countries becoming involved with the peace talks, heads are likely to butt. Afghanistan represents both a security concern and a potential stepping stone to establishing regional hegemony, so the stakes are high for peace talks.

US withdrawal from Afghanistan after peace talks is practically inevitable, as the Taliban insists that the US withdraw as a condition of peace. Consequently, the result of negotiations will radically alter the region’s geopolitics. Although there are about 8,560 troops from other NATO nations, US withdrawal will likely precipitate a full NATO exit as they dominate both NATO and non-NATO backed foreign force presence. Additionally, countries like Russia, China, Pakistan, and India are watching the impending changes in the region closely.

Russia has long been a player in Afghan history. The Soviet Union invaded Afghanistan and overthrew its government in 1979, leading to a decade-long civil war that proved long and inconclusive.  The Taliban grew out of this war, as the United States via the Central Intelligence Agency (CIA) backed anti-Soviet guerilla groups, who would later become the founding members of the Taliban. Since this encounter (sometimes called “Russia’s Vietnam War”), Russia has generally kept out of Afghanistan. However, with the rise of Russian President Vladimir Putin, Russia has been slowly reasserting itself in Afghanistan. This year is the 30th anniversary of the end of Soviet-Afghan War, which Putin has punctuated with nationalistic historical revisionism about Soviet triumph in Afghanistan. +

Putin has positioned Russia as a potential deal broker, hosting two conferences between the Taliban and Afghan power brokers and excluding current Afghan President Ashraf Ghani. However, Russia is unlikely to gain any traction in the region. The Kabul government rejects historical revisionism, and most Afghans are still very wary of Russian interference in the area. Thus, Russia is likely to be a sideline player, although it could host more conferences.

China is a comparatively new player in the region. The government under Xi Jinping has built a presence in Central Asia for years through its expansion of the Belt and Road Initiative, and its economic investment in the surrounding regions has made it an important force in the region. In fact, China established a military base in Tajikistan, just ten miles from the Afghan Wakhan Corridor. While China denies that its troops are in Afghan territory, other players in the region are wary of China building up hard power in the area. US officials have expressed a lack of knowledge of Chinese operations occurring in Tajikistan, making China’s regional designs unclear. As noted above, the area has been dominated by Moscow, so , Russian officials have been watching China’s increasing influence in Central Asia with discomfort as well.

The Uighurs add a twist to Chinese involvement. The Chinese Muslim minority formed a separatist group in Afghanistan during the 1990s with support from. China viewed this campaign, the East Turkestan Independence Movement, as a potential threat despite its relative weakness. As a result, the Chinese government is distrustful of the Taliban. Given the exodus of the persecuted Uighurs in recent years, some officials fear a second coming of an Afghan insurgent Uighur group should the Taliban come back into power.

Pakistan is also a critical consideration. The country shares a long border with Afghanistan, as well as many cultural and historical ties. However, relations are rocky. The refugee crisis created by the Soviet invasion of Afghanistan led to a high number of refugees in Pakistan, exacerbating tensions. There are also allegations by each country accusing the other of harboring terrorist groups, in part because Pakistan has traditionally been more supportive of the Taliban than other nations. The country helped Taliban insurgents in the 1990s, and it has since been accused of sheltering Taliban leaders. Moreover, their intelligence service, the ISI, has allegedly funded the Taliban.

Pakistan’s government has shown wavering support for the peace process. It claimed in February that its involvement with the border disputes detracts from its ability to engage with Afghan peace, which drew widespread criticism from Afghans because to them it betrayed a lack of commitment to stability in Afghanistan. Nonetheless, many of the peace talks have occurred under Pakistani supervision due to its relationship with the US. Many Afghans remain skeptical of Pakistani involvement in the peace process. Pakistan is still deeply involved in the peace process. It will likely take on a large role along with the US in setting up a peace framework. While the US will come out decidedly more on the side of the civilian Afghan government, Pakistan could be a counterweight to this due to its at least non-hostile relationship with the Taliban.

Finally, India’s regional power cannot be ignored. Although India shares no borders with Afghanistan, India has taken a more active role in the region since the US invasion. The world’s largest democracy and one of the only stable democracies in the region has an obvious motive in the maintenance of the current civilian Afghan government. Further, India views the Taliban as a major national security threat—after frequent terrorist attacks and a complicated relationship with its Muslim population, it is unsurprising that the country remains suspicious. This distrust has intensified since current Taliban leaders refused to guarantee that they would protect Indian interests after the US pulls out.

Since India is a major supporter of the current Ghani government, it has been pushing the peace talks to include the president at the negotiating table. But thus far, the Taliban has refused to allow him or his senior officials to come to conferences due to perceived Western influence.

Many Afghans actually have positive views of India, due to large-scale economic investment in Afghanistan. And because they recognize a common enemy in Pakistan, some Afghans welcome India to become more involved and push for greater inclusion of the Kabul government. However, whether India will become more involved remains to be seen. Prime Minister Narendra Modi’s fixation on the conflict in Kashmir may distract him from his non-neighbor Afghanistan.

Despite the prospect of peace, Afghans are largely divided on the talks. While a recent survey reported that 90 percent of Afghans view successful peace talks as more important than holding July 2019 elections, Afghans do not necessarily agree on the terms of the deal. The peace talks have thus far excluded the current government, casting doubt on the government’s legitimacy. Some have also proposed a more Islamist constitution, which has Afghans divided: despite Afghanistan being a Muslim-majority nation, it is unclear how far the Taliban plans to transform the constitution. Others have spoken of a dual civilian and Taliban government, but many are worried about the Taliban having that much power again. Memories linger of the Taliban killing and torturing thousands, and decimating minority rights. Women’s rights are of particular concern, given the progress towards women’s advancement and education. Nonetheless, many are willing to sit down at the negotiating table with the Taliban—even if that means rolling back some progress for peace.

Why do the peace talks matter? It is unprecedented for a major country like the US to be negotiating with a terrorist group like the Taliban in this way. To many on the left, the peace talks represent US failure: Afghanistan is the final nail in the coffin of American unilateralism. Without US involvement in Afghanistan, others wonder how a peace settlement could possibly be enforced. Taliban insurgents could simply seize total control of Afghanistan once again, as the Afghan military remains weak. Many are calling for a peace agreement made by Afghans for Afghans, which calls into question whether the US should continue to be involved in Afghanistan at all, even in a diplomatic capacity.

As for the efficacy of the peace talks, it is unclear if a resolution can be reached given the diametrically opposed viewpoints of major actors. Given that the majority of the actors oppose the Taliban, it is unclear how Pakistan and native Afghans will be able to advocate effectively for dual government. The US government also has in-fighting over what direction peace talks should head, so conferences have yielded little results thus far.

Ultimately, the peace process is up in the air, as international and domestic actors engage a battle royale. Only time will tell how innumerable ideological and diplomatic conflicts come to head.