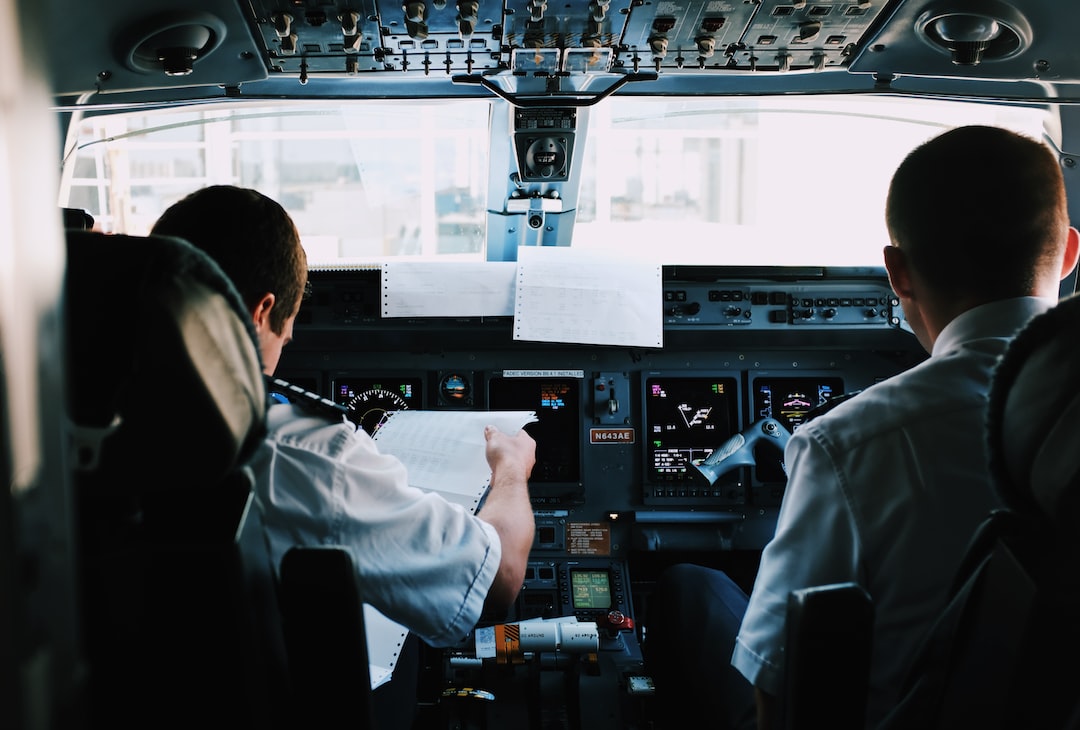 A Terminal Profession: The Pilot Shortage amid an Aviation Boom

“Ladies and gentlemen, this is your captain speaking,” a loudspeaker booms hundreds of times a day. Around the clock, airline passengers overcome what was long the greatest limitation in human society: distance. It is now taken for granted that one can jump on a plane and pull off Phineas Fogg’s journey in a mere 24 hours instead of 80 days. In an increasingly connected world, more people are flying now than ever before, but surging demand may soon coincide with a shortage of supply, as aviation  is on the verge of change due to a serious pilot shortage during a period of unprecedented growth for air travel.

The history of aviation helps us understand how this gap developed and grew to global proportions. During aviation’s “Golden Age” of the 1970s, being a pilot was one of the most prestigious careers available. Pilots were paid high salaries and given ample time off. They traversed the world, ferrying people to and from every place imaginable. Militaries provided a natural pipeline for national airline industries, funneling experienced aviators into the world’s cockpits. Pioneers like Pan-Am advertised “palaces in the sky.” Children dreamed of growing up, pinning metal wings to their lapels, and soaring high above the clouds. America was the world’s pilot, leading the industry to prominence.

Then the market shifted. Flying suddenly was no longer a luxury; it was a necessity. Congress passed the Airline Deregulation Act of 1978, grounding the highflying Pan-Am and breaking the market open. From that market vacuum emerged the budget carrier. Southwest, Spirit, and countless others sprouted across America. The world took notice—soon, budget carriers were pressuring national airlines around the world. Flying was now about cramped seating, poor service, and exorbitant baggage checking fees. And over time, pilots lost their flair. People today are less likely to clap after landing the more they fly. Even if they do, it is out of courtesy, not genuine appreciation for the pilot. For various years, legacy carriers fought tooth and nail to keep their heads above the water. All it took was one nudge to send them over the edge.

That push was September 11, 2001. Four hijacked planes constituted the most horrific act of terror ever perpetrated on US soil. Not long after, five of the six legacy carriers left—Delta, US Airways, American, United, and Northwest—declared bankruptcy. Hundreds of captains were forced to vacate their positions and were demoted to first officer. With newly slashed pay and benefits, aviation became a much less attractive career. Many pilots left the industry altogether in search of more stable jobs. Eventually, most of the major legacies recovered. Pilot prospects, applicants, and trainees did not.

Before long, another series of events further diminished the pool of pilots available to the 32 remaining US commercial airlines. In 2009, a Continental Connection flight crashed in Colgan, New York, just outside of Buffalo. In response, the FAA issued a statement requiring that airliners increase the minimum number of training hours required as a commercial pilot by 600 percent, from 250 to 1,500. Other countries followed suit, with far-reaching and catastrophic effects: the already dwindling stream of pilots flowing into the industry slowed to a trickle. And just as mandatory hours increased, technological improvements in unmanned aerial aircraft brought down the number of pilots hired by militaries and passed on to the commercial industry, forcing many pilots to pay for flight school themselves. If onerous regulations had not been enough, this financial burden turns more and more people away from flying. Flight school can cost an aspiring pilot upwards of US$100,000, while a starting salary at a regional airline can be as low as US$25,000. The financial cost and risk simply is not worth it.

The crisis is particularly acute because the aviation industry is designed for a pilot surplus. Currently, there are three stages in a pilot’s career. In the United States, pilots go to a flight school or the military to gain experience and flying hours. From there, they apply for a job at a regional airline such as Piedmont, Republic, or Envoy. These airlines are separate entities but operate small-haul flights for the larger carriers. Piedmont and Envoy, for example, operate American Eagle flights, even though the planes themselves feature the American Eagle livery. Carriers pay regionals to carry out the short flights, and regionals, in turn, provide a direct pipeline for skilled pilots to be hired by major carriers; American Airlines provides guaranteed hiring of Piedmont pilots after a few years. Regionals are the industry’s graduate schools. This means that regionals face a constant turnover of pilots, as they fulfill their pilot quota.

This system worked for many years, but it no longer does. Commercial airlines are feeling the pressure of the mandatory retirement age of 67, as the older generation is on its way out: Boeing estimates that 42 percent of all commercial pilots in the US will reach retirement age within 10 years. And though the major carriers have a steady supply of pilots to draw from, that means that regionals will not have enough pilots to carry out their contracts. Republic Airlines, the second-largest regional in the US, already declared bankruptcy due to inadequate staffing. Other regionals are going to great lengths to retain pilots—Piedmont is providing a US $16,200 signing bonus and a total of $60,000 in pay for first year first officers. And some are canceling routes entirely, particularly in already underserved swaths of the world.

On a global scale, the shortage becomes even more pronounced. Boeing has predicted that the global industry will need 790,000 new pilots by 2037 just to keep up with demand; 96,000 of those will be for business aviation alone. The International Air Travel Association calculated that commercial aviation carried nearly 4 billion passengers in 2017, and predicts 7.2 billion by 2035. Boeing also predicts that 39,620 new commercial aircraft will need to be produced by 2037, bringing the number of active commercial planes in the world to about 63,220. Each one of those new planes needs at least two pilots, three to four flight attendants, various mechanical engineers, hundreds of ground staff, air traffic controllers, and new airports and airport amenities.

Companies are reacting to the shortage in a number of ways. Some major carriers, such as Qantas (Australia), Emirates (United Arab Emirates), and American Airlines (United States), are investing millions into pilot training academies. Technology companies, like CAE Inc. and L3 Technologies, are building ultra-realistic flight simulators to cash in on this training surge. Likewise, Boeing, Airbus, and other plane manufacturers are building training modules for desperate carriers. Other airlines are drastically hiking pay in an effort to retain pilots. And some companies, recognizing the potential of Asian markets, are buying expensive shares in airlines. American Airlines purchased a US $200 million, 2.8 percent stake in Guangzhou-based China Southern, China’s largest airline in passenger volume, in 2017. Similarly, Delta purchased a US $450 million stake in Shanghai-based China Eastern in 2015. But the many companies, particularly those in the Asian-Pacific, have to look outside of their home markets for pilots. SriLankan Airlines (Sri Lanka) has stated that it is losing a constant stream of pilots to Middle Eastern airlines, though it offers comparable benefits. Bangkok Airways PCL (Thailand) is raising pilot salaries and benefits to staunch the bleeding, and it has committed to hiring foreign nationals for international flights. Some estimates say that 1,000 Canadian pilots are currently flying in the Middle East alone.

As a result, the global aviation market has essentially become a bidding war for pilots. Airlines are already competing against each other for pilots on a global scale, and airlines around the world are already struggling to find the crews needed to operate their aircraft. According to the IATA, airline revenues are predicted to decline 12 percent in the next few years, as ticket prices have not kept up with rising employee costs. Around the world, flights are already being overbooked. With a severe lack of pilots flowing into the system, that trend will only continue.

In an era of growing economies and rising globalization, more and more people are seeking escapes. And for decades, if anyone had the money for a vacation, they could take one. But may again become a privilege, not a right. At some point when you want to book a flight, you may find that there is no “captain speaking;” just a faint whimper from a moribund line of work.

Marc Leroux-Parra is a Mexican-American junior at Harvard College studying Film in the AFVS department with a minor in Government. His portolio is at: https://www.xn--svereign-43a.com/