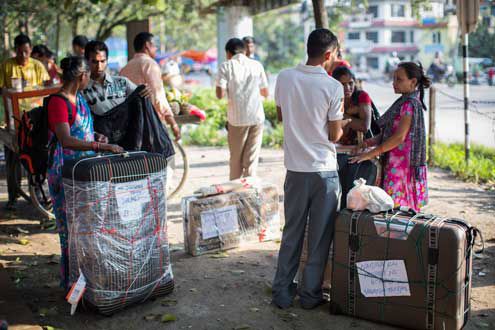 A Tale of Two Nomads: Racism and Migrant Labor in the Middle East

With a US$16 billion price tag, Qatar’s Doha Hamad International Airport exemplifies the opulence that some have begun to associate with the Middle East. Gilded steel arches swoop from the crystalline glass ceiling to the floor where thousands of passengers, guided by bright LED signs, shuffle along streamlined escalators towards their next destination. Among the travelers, however, are cohorts of disoriented young women preparing to join Qatar’s ever-growing population of foreign domestic workers.

In the days, weeks, and months to come, many of these women will be subject to low pay, inhumane working conditions, and forced to either remain in servitude or return to their nations of origin. All the while, their host countries continue to amass wealth. The institutionalization of this contemporary slavery through the kafala system encourages labor migration and allows wealthy Middle Eastern employers absolute control of their foreign-born employees so long as they finance the worker’s transportation and housing (usually decrepit quarters in the employer’s home). The kafala system has drawn criticism for its inhumanity and vindication of neglect. Less attention is given, however, to the system’s perpetuation of racism, and the drastic disparities it creates between the Middle East’s two racially distinct sources of immigrant labor.

In the United States, racism is practiced by a dominant racial majority to disadvantage, discriminate against, and oppress those of other ethnic backgrounds. While Middle Eastern racism results in these same abuses, it flips the script. Instead, Arab minorities systematically and intentionally prioritize the needs of fellow Arab, Asian, and Western residents at the expense of unskilled migrants who comprise the majority in many Middle Eastern nations. Indeed, as many Arab states welcome a class of educated Western workers eager to capitalize on the Middle East’s oil wealth, it becomes clear that the migrant laborer takes on two profiles.

The first is that of the skilled foreign worker, who has traveled either from European countries or other Arab nations to find financial security and a comfortable lifestyle. The second is that of the migrant Indian or African whose future starkly juxtaposes the convenient elegance of the airports at which they arrive. For decades, this dichotomy has undermined the sovereignty of workers and generated a culture of racism that permeates the fabric of modern Middle Eastern economies and society.

As many Arab states welcome a class of educated Western workers eager to capitalize on the Middle East’s oil wealth, it becomes clear that the migrant laborer takes on two profiles.

A Clash of Worlds

For European expatriates moving to the Middle East, the difficulties of migration are superficial at best. Travel reporters warn of restrictions on Irish staples like alcohol and pork and lament the inconveniences of sweltering Arab summers while detailing an unbeatable bargain: a tax-free lifestyle in a comfortable Arab neighborhood and a country where their investments can safely accumulate value. This wing of migration, that of wealthy Western nationals to the Middle East, proves a stark contrast to the lives of domestic workers, many of whom are women forced to endure physical and sexual abuse at the hands of their employers, and whose quotidian struggles dwarf the privileged concerns of their Western migrant counterparts.

Why are the two worlds of Arab migration so diametrically opposed, and why are there two worlds at all? Indeed, such structural disadvantages, inhumane hours, and uninhabitable living conditions are not isolated incidents but systemic variables precipitated by what has become racially motivated discrimination.

South Asian and African migrant workers are not afforded the same legal protections as their Arab or Western counterparts. Indeed, skilled workers, who are usually either citizens and thus maintain legal protection or circumvent the exploitation through provisions for education and skilled work, almost never experience the vulnerability of foreign laborers living under the auspices of the kafala system. Indeed, Middle Eastern governments have used recent pushes for foreign investment to finance vast domestic education campaigns that equip citizens and Arabs to enlist in skilled labor and evade the horrors of domestic servitude.

Unskilled foreign laborers are not, however, just neglected under the law—in order to discourage migration, Arab governments deliberately disadvantage them, precluding migrants from mid-profile progressions and subjecting them to additional fees on welfare and services free to most other residents. But, with many employers still willing to take in new workers, most migrants are undeterred and may simply survive without healthcare or fall into debilitating debt, for which no gulf states offer protection and due to which workers remain tied to their employers. Meanwhile, the better pay and employer benefits enjoyed by many skilled Arab or Euro-American migrants insulates them from the burden of additional fees or job restrictions, exacerbating the already disproportionate destitution of South Asian and African laborers.

For European expatriates moving to the Middle East, the difficulties of migration are superficial at best, but structural disadvantages, inhumane hours, and uninhabitable living conditions facilitate the systemic exploitation of Asian and African migrants.

The Foundations of Modern Migration

Although the kafala system is just over 70 years old, the paths of migrants have crossed in the Middle East for centuries. As early as the early 1800s, British protectorates established in the Arab world stimulated the entrance of workers from British territories, especially India, from which a sizable cohort of modern Middle Eastern migrants currently hail.

As Arab states achieved independence in the early- and mid-20th century, particularly with the discovery of oil, this dynamic began to change. The Middle East continued to welcome migrants, but many of them were from other Arab or Muslim nations. Shared language, appearance, religion, and cultural affinities ensured that foreign-native relations were amicable, at least at first. As Pan-Arabism, an ethno-ideological movement that promoted the creation of a single transnational Arab state, gained momentum, however, governments realized that continuing to support inter-Arab migration could jeopardize their grip on authority. If proponents of Pan-Arabism had their way, there would be no Saudi Arabia, Qatar, no UAE, no Saudi Arabia, no Egypt—only one Arabia with one seat of power. Naturally, this posed a threat to nearly every regime in the region.

In response, states began to discourage the employment of Arab nationals, instead turning to nearby nations (especially South Asia and East Africa) for labor, a transition that was facilitated by centuries of contact and the inception of the kafala system. Meanwhile, firms, dissuaded by complaints of “Egyptianization,” the saturation of the labor force with the dialects and phenotypes of Egyptians and other Middle Eastern satellites whose strain of Arab culture was considered impure, reinforced governments’ refusal to recruit Arab workers. Even initial Arab reliance on foreign labor, then, found its impetus in prejudice, this time against Egyptian workers who once made up the majority of the laborer population and whose identity as “real” Arabs was invalidated in the interest of profit and patriotism.

Arab governments soon found, however, that, despite the expansive oil wealth that lined state pockets, such a trajectory was unsustainable. High levels of domestic unemployment and other complications with large migrant populations prompted a reversal of course. Even as Middle Eastern states began to reprioritize the employment of nationals and other Arabs, though, the kafala system remained in place, especially as many Arabs deemed the unskilled work—and by extension the darker-skinned laborers—under the system’s jurisdiction dirty and undesirable.

Firms and private citizens in pursuit of maximizing profit margins were and are still afforded the option of cheap foreign labor with few legal worker protections, enabling continued ill-treatment. Further, as the kafala system is exclusive to unskilled work, hires for protected positions that require education can be given to Arabs to appease government demands, while employers continue to outsource abusive domestic and industrial positions to the Indian and African workers who have held them for decades. This friction between protections for nationals and foreign investments and sustenance of the kafala system has paved the way for two divergent iterations of migrant labor.

Even as Middle Eastern states began to reprioritize the employment of nationals and other Arabs, though, the kafala system remained in place, especially as many Arabs deemed the unskilled work—and by extension the darker-skinned laborers—under the system’s jurisdiction dirty and undesirable.

The Role of Racism

On the surface, Middle Eastern economic institutions and policies seem like standard labor protectionism. In reality, centuries of labor interaction, the profitability of oil, ethnic nationalism, and Arab attempts at economic diversification precipitated an unjust division of labor. The result is a system that distinguishes between types of work, devaluing domestic and industrial labor while appreciating skilled professions occupied by mostly Arabs and Western expatriates, and ultimately extrapolates that distinction along racial lines. As a result, negative perceptions of unskilled laborers have grown conflated with the laborers themselves, resulting in a form of racism as ingrained as the Middle East’s deep-seated labor injustices.

In many ways, racially motivated discrimination in the Middle East resembles that of the United States. Black Middle Eastern citizens are often ostracized by their peers, mocked in popular culture, and derogated in everyday speech. What differentiates Arab racism, however, is its inextricable ties to contemporary migrant labor and uneven population dynamics. Decades of foreign unskilled labor have made the all-encompassing denigration of the ever-expanding South Asian and African population almost irreversible in that the less “respectable” nature of unskilled positions make it easier for many citizens to justify their derision of laborers and elevate their regard for skilled Arab and Euro-American expats.

By this transitive reasoning, certain nationalities, and consequently skin-tones, are equated with unskilled professions that are deemed undesirable while others are deemed admirable and valid. Even children are not impervious to its effects, as British and American expats are trusted and prioritized over their South Asian and African migrant counterparts in the classroom. One girl, as young as 12, noted even the small acts of racially motivated prejudice she endured at school, saying, "I am not Arab, American or British. The teachers don't treat me the same. They don't pick me in plays or other activities and talk harshly to me.”

Elsewhere, individuals actively use racial slurs and verbalize discriminatory comments against South Asian migrants, and African laborers are subject to replications of Americanized anti-Black racism in the Arab world. Some workers, even in skilled positions, are denied promotions because of their race, while others, said one Pakistani migrant, “are always called Bengali, Hindi or Pakistani, like it is something bad. The way they say it feels like an abuse, as if our only job is to serve.” Pervasive racism is thus clearly evident in everyday life and reinforced by intrinsically discriminatory and inadvertently racist legal schemes that make it difficult for people to escape the vicious cycle. So long as oppressive migrant labor systems remain in place, one can expect the Arab world’s strain of racism to persist in tandem.

This twofold racial injustice and economic exploitation has only one solution: the intentional deconstruction and deinstitutionalization of existing labor systems, especially kafala. Indeed, many countries claim to have abolished kafala or at least loosened its restrictions for years, yet the brutalities of the system persist. Middle Eastern governments remain complacent and complicit, and the region’s two worlds of migrant labor grow farther and farther apart.

Reform is rarely actualized, but without it, the Middle East may become a region gilded in black gold—hiding the still-living skeleton of slavery beneath its affluent exterior. This tale of two nomads has already revealed a sobering truth: while the Arab world luxuriates in “progress,” its newfound prosperity is rooted in regressive injustice and enables inhumanity. 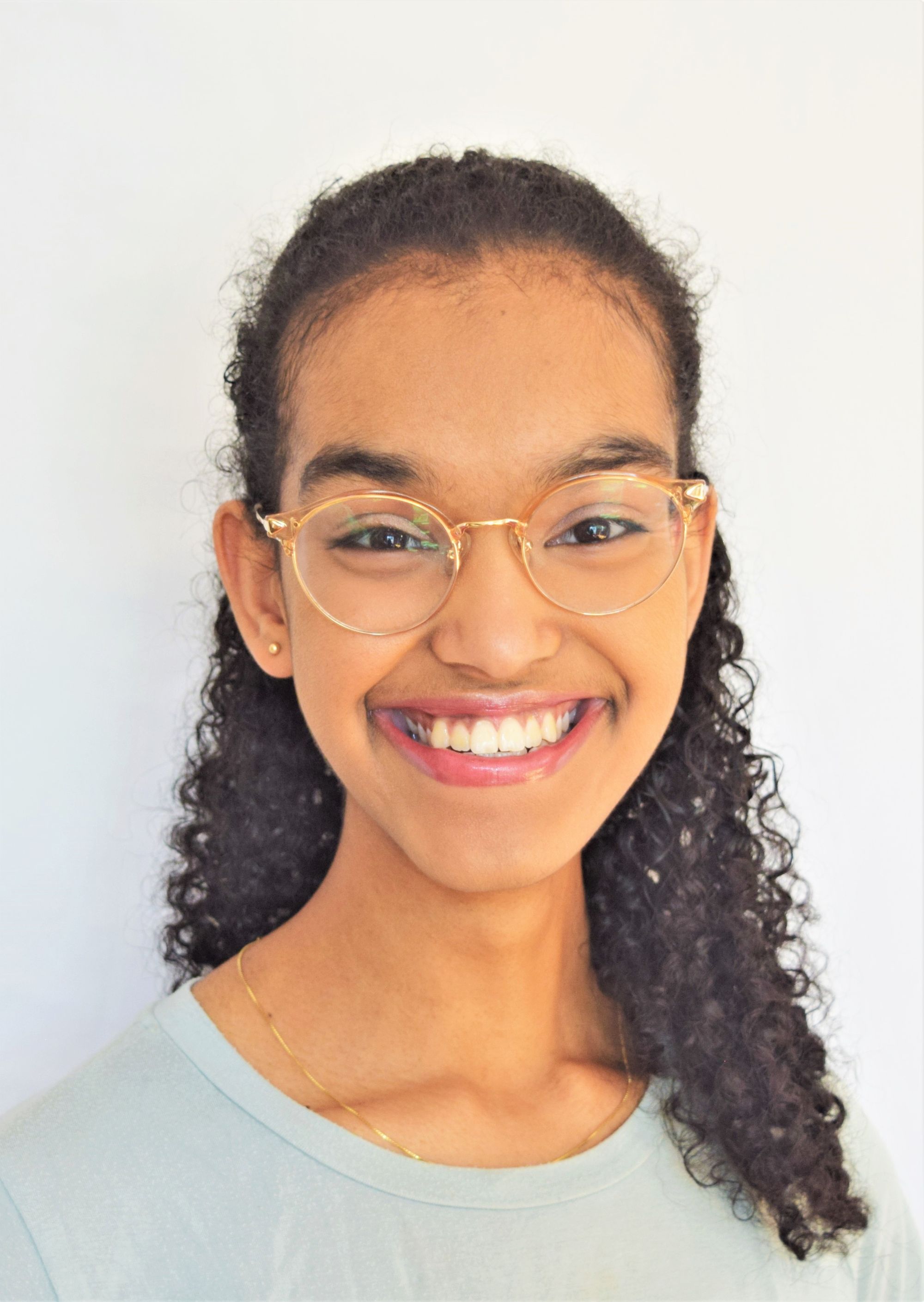 Amen is a First Year at the College studying Government, Economics, and Molecular Cell Biology. She is interested in East African & Middle Eastern Affairs, US Foreign Policy, and Global Peacekeeping.

Modern Island Hopping: The Geopolitical Battle for the Pacific