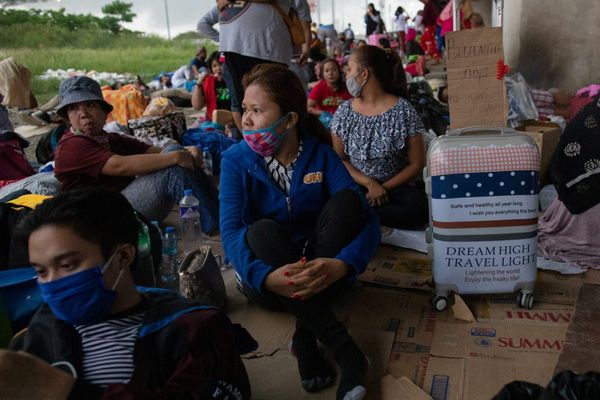 A Step Backward: Sexism in Restrictions on Labor Mobility

Women in all parts of the world migrate across international borders in order to improve their quality of life by earning higher salaries. This labor mobility—a process wherein workers migrate for economic opportunity—empowers people to raise their standards of living. However, restrictions in certain countries ban women from fair engagement in labor mobility, confining them to lower chances of economic prosperity. Thus, women are often unable to truly benefit from the fruits of labor mobility, namely money and freedom, and are imprisoned within a low socioeconomic status, unable to make a living for themselves or their families. Working women in the Philippines and Nepal cannot reap the full benefits of labor migration because of the mobility prohibition laws enacted by their countries, as the Nepali and Philippine governments attempt to “protect” women from the risks associated with labor mobility. In order to allow women to pursue higher economic standing both for themselves and their families, countries must consider initiatives for improving working conditions for women abroad rather than limiting their mobility.

The wage gaps between workers in developing and developed countries remain one of the modern world’s largest border-based economic distortions. When people are inhibited from moving abroad, they can’t take advantage of the place premium—the additional wage a worker with the exact same productivity can earn in a wealthier country versus in a poorer country. Impediments to labor mobility are largely driven by rich nations that seek to limit migration because of the notion that immigrants shift the balance of power in politics and threaten the preservation of existing cultural identities. However, poorer countries also contribute to the unmet demand for labor mobility by enacting gender-targeted migration restrictions.

Women today make up higher percentages of the workforce than at any other time in the past. Nevertheless, historical gender roles and patriarchal views regarding female employment continue to constrain women’s opportunities. According to a study published by the University of North Carolina, of every 100 men in the labor force, there are approximately only 63 women. While women now more commonly seek employment that in the past, women in the workforce continue to struggle against gender norms in Nepal and the Philippines regarding reproduction and subordination. Women are typically depicted as belonging at home, caring for children and their husbands, whereas men are portrayed as the breadwinners of their households.

The Need for Foreign Domestic Employment

In countries like the Philippines and Nepal, poorer women often work as domestic workers for wealthy families to send remittances back home. This “care” work arises from the need for “substitute mothers” as more and more women seek formal employment in the West. In the Philippines, women often travel internationally to work as Au Pairs—helpers that live with host families and contribute to household maintenance and care. Filipina domestic workers are considered preferred workers in Europe since they often maintain Catholic values, are educated, and speak English. Rhacel Parrenas, a professor at the University of Wisconsin, explains that Filipino women believe that they are “the Mercedes Benz of domestics,” hired only by those who can afford their labor. Roughly 66 percent of the migrant labor force in the Philippines are women. They are viewed as the “heroes” of their economy since the money Filipina domestic workers earn in the West is one of the largest sources of income in foreign currency in the Philippines.

Similarly, in Nepal, the number of female migrant workers has grown significantly throughout the past decade. According to UN Women, the 2011 National Population Census demonstrated that women now comprise roughly 13 percent of the total absentee population in Nepal. This growing feminization of international migration is linked to increasing global demand for domestic workers. Like Filipina domestic workers, Nepali women provide cash influxes to their home country, allowing them to increasingly contribute to Nepal’s economy.

The money women earn internationally does not come easily. Female workers must leave their families in their home countries to work in the care supply chain, often providing for foreign children and elderly individuals in affluent households abroad. Additionally, domestic workers typically lack protections given to workers in more formalized work sectors. Many domestic workers are violated physically, sexually, and emotionally by their employers. Common problems reported by domestic workers abroad include arduous labor and long working hours, as well as food shortages and delays in payment.

To protect their female citizens abroad, countries like the Philippines and Nepal have installed bans on female labor mobility. Although well-intentioned, these bans negatively affect the same people they are attempting to protect, as they prohibit women from making a living abroad. In the Indo-Pacific region, the Philippines pioneered the practice of labor diplomacy, where the government essentially withheld its labor force resources in a bid to increase its bargaining power with labor-importing countries for more comprehensive laborer protections. In response to exploitation complaints, it has repeatedly enforced bans on the migration of female domestic workers. Recently, in January 2020, the Philippines banned the migration of female domestic workers to Kuwait after the death of Jeanelyn Villavende, a Filipina domestic worker who suffered physical and sexual abuse by her Kuwaiti employers up until her death.

Additionally, following exposure of the plights of Nepali female domestic workers, Nepal’s government installed a ban on women under 30 from migrating to the Arab Gulf countries for work, impeding its female population from advancing economically. These labor migration bans lack consistency and clarity, imposing added obstacles for female migrant workers. Instead of addressing the problem at hand—unfair working conditions and abuses—the Nepali government has punished the victims under the guise of protection, trapping working women in poor economic conditions and infringing on their rights to seek employment internationally.

As a result, governments have forced women to seek illegal and unsafe routes to travel internationally. For example, Nepali embassies receive countless requests for assistance from female migrant workers “in larger numbers than the official data suggests.” In the bid to work internationally, women become targets for exploitation from groups posing as agencies or employers. In the case of Nepal, more than 300 people were trafficked through the India-Myanmar border in under two months.

Regardless of labor mobility prohibitions, people driven by the goal of advancing their socio-economic status will always find pathways to employment. As in the case of Nepal, female domestic workers will risk their lives to find work outside of their home country, even if it means resorting to illegal and dangerous travel. Therefore, to ensure the highest safety for their citizens, countries must steer away from limiting labor mobility. Rather, countries such as the Philippines and Nepal must seek to protect their women abroad. Through international organizations, countries should focus on creating, enforcing, and committing to standard terms of employment and apply these to workers in both formal and informal sectors. By properly providing women with the option of labor mobility—while promoting worker rights and holding aggressors accountable—women can truly enjoy the socioeconomic benefits of labor mobility free from fear of exploitative employment.